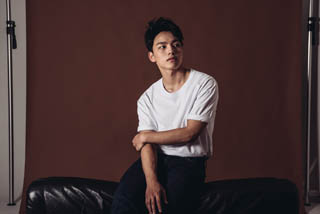 News of the actor getting into the college became public on Wednesday.

Although the official college application season has not started, the 19-year-old actor applied through an early application system that does not require College Scholastic Ability Test scores but evaluates students based on criteria set by each university.

Chung-Ang University’s department of theater and film has been producing big names in the film scene, such as Ha Jung-woo of “Assassination” (2015), Hyun Bin of “The Fatal Encounter” (2014) and Kim Soo-hyun of the drama series “The Producers” (2015). Yeo said in multiple interviews that he always wanted to go to college and become part of a campus couple.

Yeo debuted as a child actor at the age of 8. He is one of few child actors who successfully made the transition into adult acting.

He recently starred in the film “The Long Way Home,” which is set during the 1950-53 Korean War. In the film, Yeo plays the role of a North Korean solider who comes to befriend a South Korean trooper.