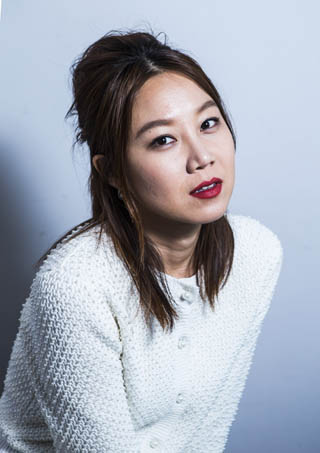 Actress Kong Hyo-jin received the Asia Beauty Icon Award on Thursday from the 2015 Cosmo Beauty Awards held in Shanghai.
Her agency, Soop, made the news public on Friday.
“It is the largest beauty and fashion award in China, and Kong took part in it on behalf of Korean actresses,” the agency said.
The 35-year-old actress reportedly said during an acceptance speech, “True beauty is achieved when you try to be yourself.”
Along with Kong, Kim Hee-chul, a member of the K-pop boy group Super Junior, and Lay, a member of the K-pop boy group Exo, participated in the awards.
Kong has wide fan base in China because many of her previous drama series, such as “The Producers” (2015), “It’s Okay, That’s Love” (2014) and “The Master’s Sun” (2013), were huge hits there.
Meanwhile, Kong recently finished shooting the film “Missing: Lost Child,” in which she plays the role of a kidnapper.
She is scheduled to hold a fan meet event in Taiwan next month.
Kong debuted as a fashion model in 1999 and successfully made the transition into acting. She is often referred to as the queen of romantic comedy.
By Sung So-young