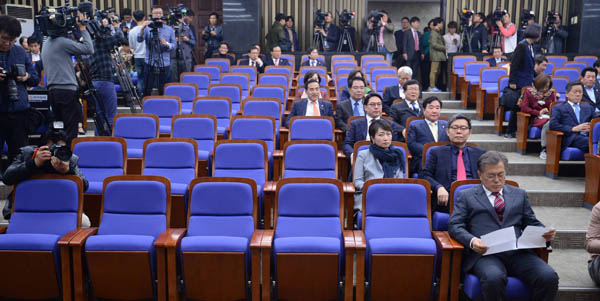 The main opposition New Politics Alliance for Democracy holds a general assembly of lawmakers on Friday to determine the fate of its legislative boycott despite a low turnout. The party decided at the session to end its boycott on legislative activities and normalize National Assembly operations starting Monday. The protest that ignited Tuesday was in response to the Park Geun-hye administration’s decision to restore state control over history textbooks. [NEWSIS]