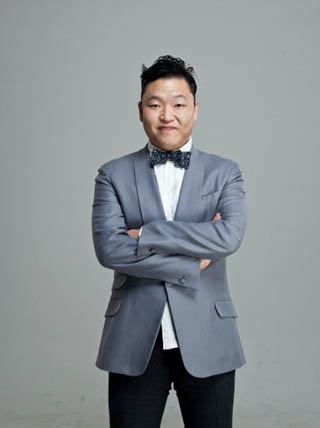 Details about upcoming concerts of singer-rapper Psy were unveiled on Friday.

The singer has been holding year-end concerts annually under the title of “All Night Stand” since 2003. The concert, which lasts up to four hours, has become a tradition for some of his fans as a way to wrap up the year.

Under the title “2015 All Night Stand,” the subtitle for this year’s concerts is “King of Concert: God Psy.” In a teaser poster, Psy is pictured wearing a gat, a type of traditional Korean hat worn by men. The pronunciation of gat is similar to the English word “god.”

The concerts will be held between Dec. 24 and 26 at Seoul Olympic Park in southeastern Seoul.

The dress code for this year’s concerts has not been decided yet.

The singer sets a dress code each year and encourages fans to follow it. Another tradition of Psy’s year-end concerts is the singer’s parodying of female singer’s sexy performances.

This will be the first concert for the 38-year-old singer following the release of a new album on Dec. 1. It is his first album in two years and eight months.

Concert tickets will go on sale starting Tuesday at Interpark.