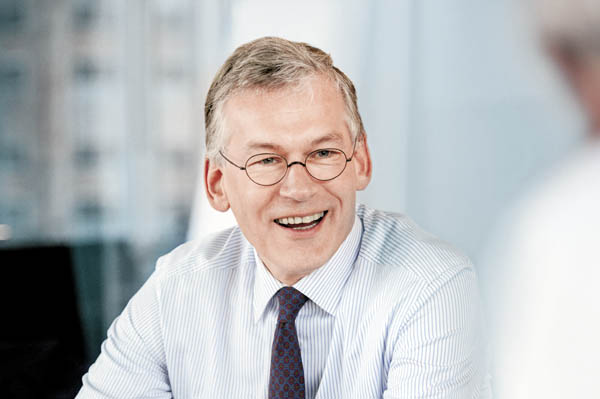 Frans van Houten, After earning his master’s degree in business and economics at Erasmus University Rotterdam, he started his career at Philips in 1986. He is a former CEO of Philips Semiconductors and COO of Philips. After succeeding Gerard Kleisterlee as CEO of Philips in 2011, he was considered to have revived the company and brought it through crisis through drastic reforms.

Let’s say Mrs. A has high blood pressure. When she uses her bathroom in the morning, her records of blood pressure, pulse, blood sugar, weight and all sorts of health-related data are measured. Then, the collected data is sent to medical centers through the Internet. If any symptoms are discovered during data analysis, the center alarms Mrs. A, and she can remotely consult with her doctor via a camera installed in the smart device. A scene familiar in most sci-fi movies is soon to come true in the future Philips envisions. 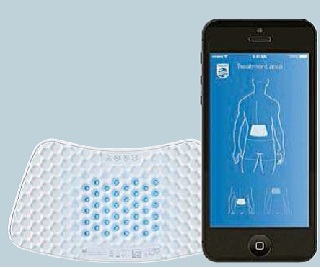 Philips, a Netherlands flagship company, is a world-class health care, home appliances and lighting company. Frans van Houten, the 55-year-old CEO of Philips, participated in an interview with the JoongAng Ilbo recently, in commemoration of the paper’s 50th anniversary.

“In the near future, it’ll be devices that link patients to emergency services and physicians, enabling years of independent living through remote monitoring and better self-management of chronic diseases,” he said with confidence. “In the age of the quantified self… we will deliver innovative solutions across what we refer to as the health continuum, from healthy living to prevention, diagnosis, treatment and home care… that can intimately personalize medical care.” 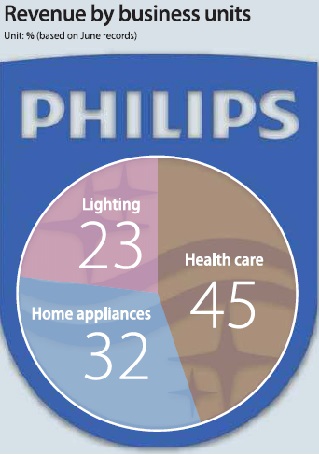 If home medical treatment comes true, inhabitants of areas far from the city and low-income families could also benefit from the latest medical technology. Older men and women who are more concerned about their health could save time visiting hospitals and use that time to engage in social activities. 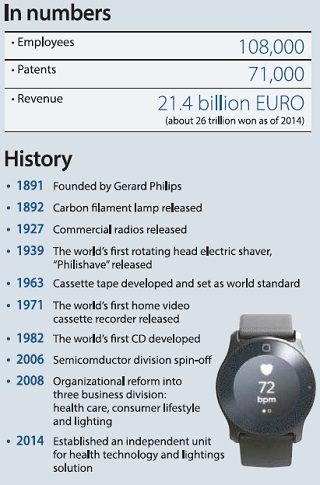 With recent development of the Internet of Things, the prospects are bright. Increased supply in smart wearable devices has eased analyzing data related to the human body through wireless telecommunication.

“Philips sees tremendous opportunities in applying the Internet of Things in the health and wellness space... as more devices that we interact with on a daily basis become increasingly connected to one another,” the CEO explained. “Across the world, people are increasingly taking control of their personal health, and digital technologies are helping them do that in ways never before possible.” In addition to technological advancement, he emphasized the effect of an aging society as another leading cause bringing forth a remote health care system.

He presumes worldwide aging will call for remote medical systems faster than expected. Information technology-based health care is developing rapidly, while the number of medical staff is falling behind the growing population. Philips’ transformation into a health care expert from an electronics company is in line with these changes in the world.

Among the global population of seven billion people today, 900 million are over the age of 60. According to van Houten’s forecasts, this figure is expected to rise to a staggering 2.4 billion by 2050 due to increasing global life expectancy, outnumbering children under the age of 14. “Despite the growth of our ageing workforce, very few businesses or governments are equipped to handle this pressure,” he said, stressing the importance of being ready for future health care needs.

“Coupled with a chronic lack of trained medical staff, this makes it imperative that we work together to find innovative ways to deliver health care more efficiently, and at the same time empower elderly people to use technology.”

A good example of such innovation is a digital platform that provides personalized medical services. “Our health programs are built on our cloud-based platform, where health data is compiled and analyzed and where our apps live,” he said. A user can simply measure personal health status with a mobile device, and the device will automatically send data to the platform to analyze and manage personal health information. Through this new Philips HealthSuite Digital Platform, “collaborative care management between patients and health care professionals” is possible.

In addition, he said, “The future of healthcare is about connecting patients, clinicians and data in entirely new ways,” further explaining that “integration and partnerships between health care providers, device manufacturers, service providers and infrastructure companies are important to establish connected ecosystems that fulfill the needs of large population health managers.”

He also expressed his expectations for the role Korea is to play in the market. “Korea is attractive to Philips as their health care industry is rapidly developing and evolving, thanks to the advancements in ICT,” the CEO said. “Philips will continue to find ways to cooperate with the Korean government, hospitals and companies for mutual growth.

“The industry is also expected to grow further as it is being highlighted as a key growth engine for the economy and pursued by the current administration, as well as major conglomerates that are expanding investments into the health care industry.”

He showed his appreciation for Korean companies, saying, “I admire Korean companies for their ability to keep up with fast-changing mega-trends in the global market and to immediately translate them into tangible business goals.” He said he was “fascinated with the quick business processes and strong execution of Korean companies,” when he worked as CEO of NXP Semiconductors, which was spun off from the semiconductors business division of Philips.

“With this in mind, when I took the lead of Philips in 2011, I strived to make the company even more flexible and agile, to keep up with and to be at the forefront of the competitive global landscape,” he added.

Van Houten enjoys sailing as his hobby, and in his perspective, sailing is similar to business management in that it requires teamwork and good communication skills. He emphasized that, “Sailing requires constant focus, and you have to be prepared for the unexpected at all times… [and] never underestimate the importance of great navigation!”

The quote also connotes the company’s concerns for its future business prospects. Just last year in September, he divided the company into two independent companies, one for health care and another for lighting. It is a way of surviving the ever-changing ICT business market, by detecting the newest trends and setting its sails to where it is best at. He said that “the main reason is to remain relevant” to the vision Philips has had for the last 125 years, to provide meaningful innovation to people. “We are strongly convinced that separation is the right next step on the journey to set up Philips well for the future.”

The know-how of Philips’ growth for over 120 years as a top company worldwide lies in its decisive transitions from time to time. What started out as a lighting company then entered the electronics market and grew to be the world’s biggest TV and audio producer. Until the 2000s, semiconductor and electronics sales exceeded half of its revenues.

However, after Asian companies took away the lead in the industry, Philips underwent drastic reform. In 2006, it sold off the semiconductor business division, which used to be a landmark of “Philips’ technology,” and in 2013, it erased “electronics” from its company name. Instead, Philips chose to devote their effort to the health care business with early predictions of an aging society.

It also got into the environmentally friendly lighting market, in step with international efforts to save energy. These are the reasons why the company is said to have saved Philips by disposing Philips.

“Accepting that what was relevant 20 years ago is not always relevant today, and having the courage to reinvent the company is the best way to stave off stagnation and compete successfully,” van Houten said. “The ability to innovate and embrace change is the only way for a company to continue to lead in its market today.”

According to his prescription, these capabilities come from people. “People are the real source of innovation, but companies are responsible for creating an environment that fosters creativity and accelerates innovation,” the CEO said.

“We have strived to build such an environment for nearly 125 years and hope to be doing so for at least another 125.”