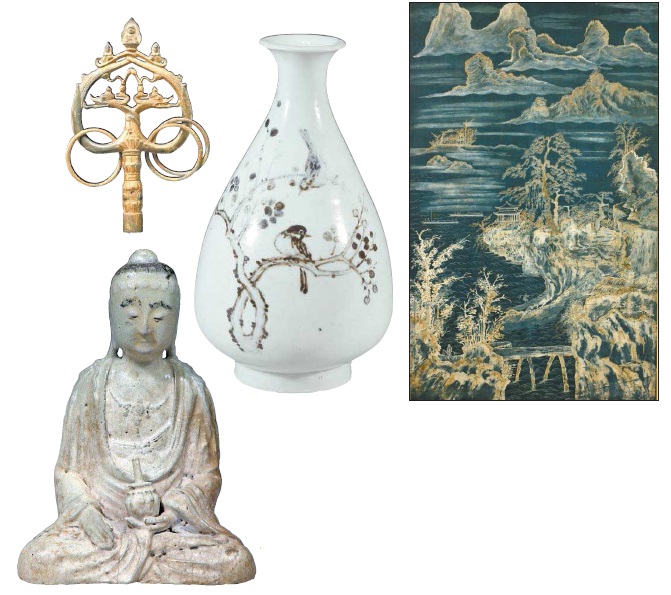 The Korean Antiques Association is holding a massive exhibition to mark the 70th anniversary of Korea’s liberation from Japanese colonization (1910-45). On the first to fourth floors of its headquarters in Gyeongun-dong, central Seoul, about 2,000 antiques owned by the association’s members and others are being displayed.

The antiques - which date from the Neolithic Age to the Japanese colonial era - include various types of earthenware, gilt bronze accessories, blue celadon, white porcelain, calligraphy, paintings, furniture and folk items. Interestingly, the exhibition is also displaying artworks created during the colonial era by both Japanese collaborators and independence fighters.

With the latest exhibition, titled “Special Exhibition of Korean Antiques,” the association says it’s hoping to revitalize Korea’s antiques market that’s been stagnant since the mid-1990s. Around 10 percent of the pieces on display are for sale. Although none of the items exhibited are designated as a cultural properties, association president Kim Jong-chun said he believes many of them are important and rare enough to be state treasures. The exhibition runs until Nov. 10. For more information, contact the association at 02-732-2240 or www.hkoms.or.kr. By Kim Hyung-eun [Korean Antiques Association]