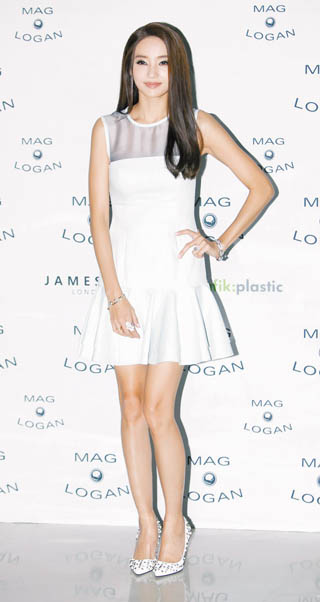 According to FashionN, a cable TV channel, the 35-year-old actress, who is often referred to as “Barbie Doll,” will share some of her beauty tips on a beauty show titled “Take Care of My Dressing Table.”

Professionals working in the beauty industry such as makeup artists and hairdressers will show up to share their styling tips.

Han has been appearing in reality TV shows on and off, but it will be the first time the actress is hosting a TV show. The beauty show will hit the air sometime in December.

Meanwhile, the actress also recently signed a deal to appear in the upcoming web drama series “Beauty Master,” which is about professionals in the beauty industry. Although it is a Korean project, the web drama series will be unveiled in China first.

Han appeared in the 2013 hit drama series “Pretty Man” in Korea, but she has been focusing more on Chinese drama series in recent years.