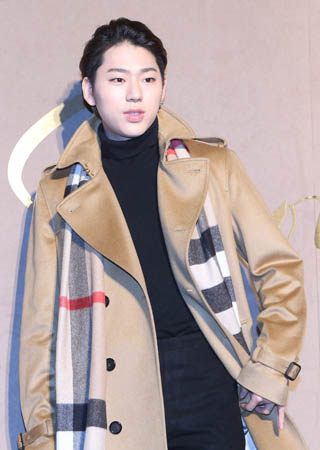 Zico, a member of the boy group Block B, has participated in the newest album from the hip-hop act Dynamic Duo.

According to multiple industry insiders, the 23-year-old singer and producer is featured on one of the tracks on the pair’s eighth regular album, which will be released Nov. 17.

Along with Zico, other famed musicians like Primary, Verbal Jint and Gray took part in the upcoming album.

Meanwhile, Zico recently released a couple of digital singles, including “Boys and Girls” and “Pour Up.”

The singer also appeared in the reality TV show “Show Me the Money 4” as a hip-hop producer.