Jenner named Woman of the Year

Jenner named Woman of the Year 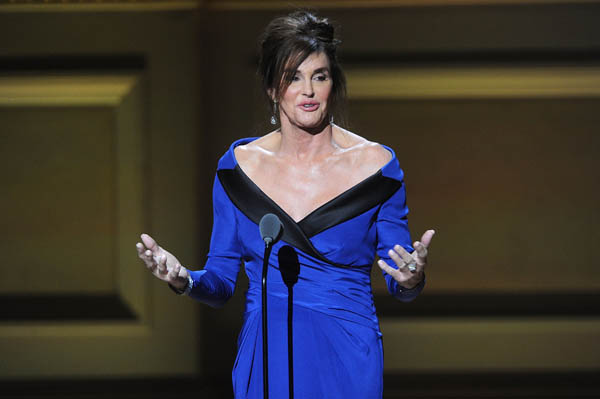 NEW YORK - Caitlyn Jenner, undoubtedly one of the most talked-about women in the world, is being honored as one of Glamour magazine’s Women of the Year on Monday in a glittery ceremony along with fellow honorees like actress Reese Witherspoon, dancer Misty Copeland and designer Victoria Beckham.

The annual ceremony at Carnegie Hall in Manhattan mixes high-wattage celebrities with lesser known names, and this year, the award winners include five women touched by the South Carolina church massacre - Alana Simmons, Nadine Collier, Bethane Middleton-Brown, Felicia Sanders and Polly Sheppard - and lauded in the aftermath as “The Peacemakers of Charleston.” Also to be honored: Entrepreneur Elizabeth Holmes, Planned Parenthoood’s Cecile Richards and the victorious U.S. women’s soccer team.

This year is the 25th anniversary of the awards, and former honorees Madeleine Albright, Serena Williams and Billie Jean King were among those scheduled to be on hand for the festivities. Amy Schumer was scheduled to open the ceremony, and Jennifer Hudson and Ellie Goulding to perform.

Jenner is not the first transgender woman to be a Glamour Woman of the Year; last year, actress Laverne Cox was honored. Still, Jenner’s inclusion sparked some backlash on social media. “We prefer to focus on the positive,” Jenner said through a spokesman ahead of the announcement.

Cindi Leive, Glamour’s editor-in-chief, told The Associated Press that criticism of Jenner’s inclusion “certainly gives you an appreciation for the hostility to the trans community that still exists out there.”

Among the achievements of some of this year’s honorees:

Jenner, a former Olympic hero and Kardashian-Jenner family reality star, came out as a trans woman earlier this year. Her docuseries, “I Am Cait,” was just picked up by E! for a second season.

Beckham gained fame as a Spice Girl, but has since become a highly respected fashion designer. AP