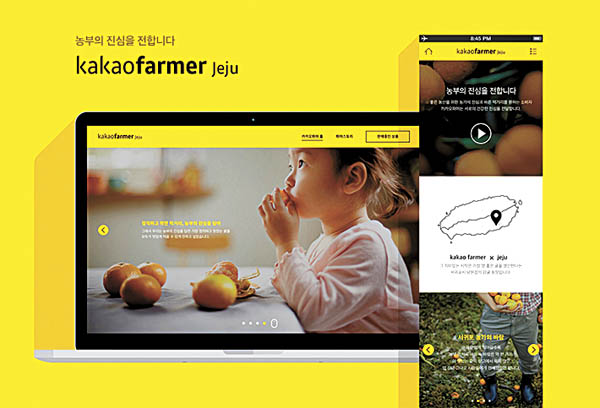 As part of its ambitious goal to connect products and services through its mobile applications, Kakao will launch a pilot program to deliver mandarin oranges produced in Jeju Island.

Dubbed “Kakao Farmer Jeju,” the new service will be the KakaoTalk operator’s first logistics platform that links mandarin farmers in the resort island south of the Korean Peninsula with consumers. The pilot operation that began Tuesday will last for the next three months.

A 5-kilogram (11-pound) box of mandarin oranges will cost 15,000 won ($13) including delivery fees, and shipping is done within three to seven days. Orders can be placed on the KakaoTalk app’s store, and payment can be made with Kakao Pay, an online payment app affiliated with the messenger.

Kakao has sourced 750 tons of mandarin oranges, accounting for 0.14 percent of this year’s total harvest of the fruit, which is indigenous to the island where Kakao is headquartered. 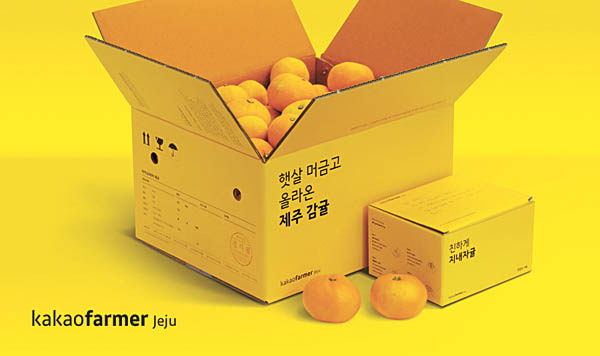 Kakao said it aims to collect data on how purchases are made and how people recommend the service to others, and use the information for consumer analysis.

The designated driver service is set to become the second profit-making business that Kakao has launched after premium taxi-hailing service Kakao Taxi Black, which kicked off on Oct. 3.

After completing legal and marketing reviews of the new service, Kakao hosted a hearing on Nov. 5 with various associations and interest groups related to chauffeur services, in order to exchange views on policies and services that Kakao Driver should come up with “for the sake of fair competition” with existing businesses.