Pianist sparks craze for the classics

Pianist sparks craze for the classics 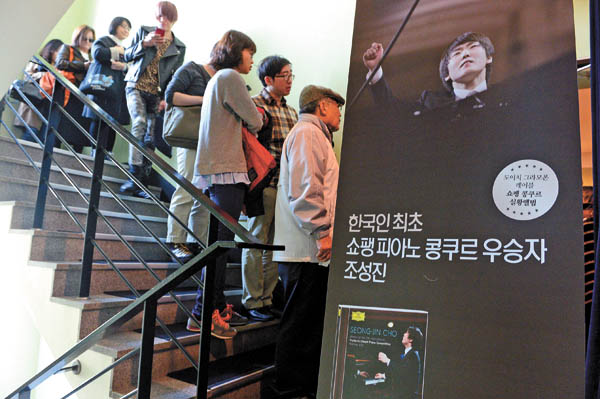 Korean fans line up to be the first ones to get their hands on Cho Seong-jin’s new album on Nov. 6 at Pungwoldang, a record shop in Sinsa-dong, southern Seoul. Cho’s proud achievement of winning first prize at the recent International Chopin Piano Competition in Warsaw has sparked an unprecedented level of interest in classical music in Korea. [NEWSIS]

Physical album sales have been falling consistently as more and more people enjoy listening to music through streaming services or online downloads. Today it’s rare to see fans lining up early in the morning in front of record shops to make sure they get hold of one of the limited number of a hot new album being released that day.

It happened in 1993 when the legendary Seo Taiji and Boys released their album “Hayeoga,” and more recently in June 2013 when veteran singer Cho Yong-pill released his 19th studio album, “Hello.” These cases, however, fall squarely in the category of pop music. Fans lining up for a new classical music has been nearly unheard of - until now. 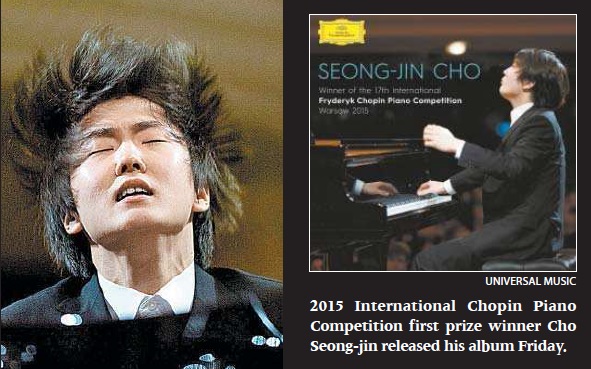 Lately more Koreans are getting into classical music ever since Cho Seong-jin rose to fame. The young pianist made his country proud by becoming the first Korean ever to win first prize at the prestigious International Chopin Piano Competition last month in Warsaw.

When the young musician released a new album of Chopin music on Friday, his fans were reported to have had lined up outside various record shops across the country. That morning at Pungwoldang, a record shop in Sinsa-dong, southern Seoul, dozens of people were lined up well before 9 a.m. Pungwoldang organized an event especially for Cho’s fans, giving away freebies such as a 50-page booklet about the Chopin International Piano Competition that it had produced, a wooden picture frame with Cho’s name engraved on it as well as postcards and posters produced by Universal Music upon purchase of Cho’s CD. 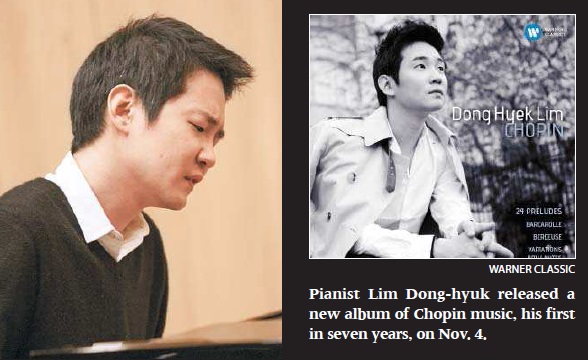 “I even went to Warsaw to watch him perform on the television,” said Jeong Sun-na, 33, as she stood in line holding No. 77 that morning. “In the local news, they praised his performance saying that he’s got ‘everything under control.’ I was so thrilled to hear that.”

In addition to Cho’s longtime fans, those who say they don’t know anything about classical music also came to purchase their first classical album.

“I don’t know much about classical music, but for the whole hour I couldn’t take my eyes off his performance when I watched it through YouTube,” said Mun Jung-bae, 29, who was also standing in front of Pungwoldang. “My mom may laugh at me when she sees me that I bought this CD, but I really wanted to get one.”

That day, about 1,000 of Cho’s CDs were sold at Pungwoldang, and as of Monday all 50,000 copies distributed across the country were sold out.

“We believe it will be quite easy to sell more than 100,000 copies by the first half of next year,” Lee Yu-kyum from Universal Music said.

The “Chopin wave” kicked off by Cho is spilling over to other Chopin specialists, such as Lim Dong-hyek, who won third place with his brother Lim Dong-min at the same competition in 2005. Lim also released an album of Chopin music two days before Cho through Warner Music, and it has seen an unprecedented spike in sales. And more than half of the tickets for his concert on Jan. 23 at the Seoul Arts Center have already been sold.

Online album orders of general classical music are also on the rise, with Cho’s album selling 10 times more than any other, according to Lee Hye-won from Kyobo Bookstore’s Hottracks record store.

“Chopin albums seem to be really affected by the Cho Seong-jin effect,” she said.

According to Lim, he and Cho have a close senior-junior relationship, and he said he knew Cho would win the competition this year.

“He’s such a perfect player that I told him to just ‘do what you do now and you’ll be on a roll,’” said Lim. “When I recorded the album in Paris, Seong-jin was there, too, so we listened to it in the car when it first came out.”

“Back then, I didn’t know I’ll fall into such an ambush,” he said, chuckling. “But I don’t mind people seeing me and Seong-jin as rivals or comparing me and him. We have different styles and my music, I believe, is for those who need consolation.”

Lim explained that music was what kept him going when he went through difficult times after his mother passed away. “After crying, people feel somewhat better. I hope my music serves that way.”