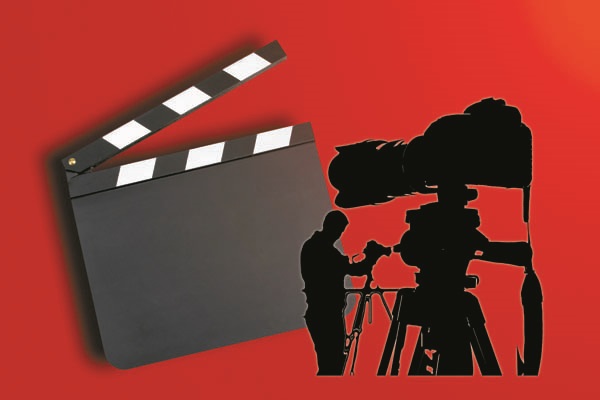 Korea’s independent filmmakers face a number of hurdles when trying to make a name for themselves in the commercial film industry.

Unless their works are recognized at prestigious international film festivals, they are prone to be overlooked, no matter how ambitious and thought-provoking their messages may be.

Despite these odds, however, a few have succeeded in having their talent recognized by a wider audience.

After proving their potential through their previous films, three independent filmmakers are now aiming to burst onto the scene in the first half of 2016 with their first commercial projects.

Kim Tae-gon of “Sunshine Boys” (2013) paired up with mainstream actress Kim Hye-soo for an upcoming romance flick. The 35-year-old filmmaker was also a part of 2013 indie phenomenon “The King of Jokgu,” writing the screenplay and producing it.

Kim Tae-yong, the 28-year-old director behind 2014 Busan International Film Festival contender “Set Me Free,” will work with Kim Ha-neul and Yoo In-young to portray an unethical romance going on at a school.

Lastly, Uhm Tae-hwa, a Korean Academy of Film Arts graduate who was praised for accurately depicting online youth culture in “INGtoogi: The Battle of Internet Trolls” (2013), is working with the hot male star Gang Dong-won on a fantasy romance film.

The JoongAng Ilbo questioned each director over the phone about their soon-to-be-released projects.

Kim Tae-gon’s latest project, titled “Family Plan,” features Kim Hye-soo in the titular role as Joo-yeon, an arrogant actress who one day feels the urge to live a “real” life, which she believes means starting her own family. 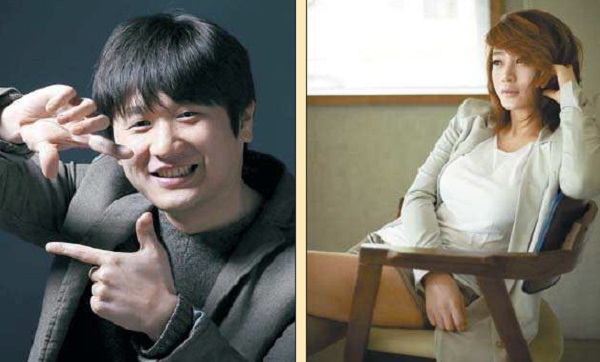 It is a human comedy depicting Kim’s character’s laughable struggle to achieve her goal.

“Kim will play a reckless girl, but at the same time she will be a hard-to-hate one,” director Kim said.

“It has scenes where Kim dances like there’s no tomorrow, and she even underwent special makeup application to look like a woman who has had too much plastic surgery, which is something that’s hard for an actress to accept,” he said.

“I felt that Kim was someone who wouldn’t care about how she looks if it’s to make a good movie,” he added. “I saw that in her since the ‘Coin Locker Girl’ (2015).”

Prolific actor Ma Dong-seok, known for his bulky physique but a rather shy personality, will play Joo-yeon’s longtime friend and stylist, Pyeong-gu.

Pyeong-gu is a father of three who at first disagrees with Joo-yeon’s decision to leave behind an extravagant life but later become the strongest supporter.

“Ma, who is widely known for playing tough roles as shown in ‘The Trap,’ will show the audience a very humorous character this time,” the director said. “The chemistry between the two characters - one very down-to-earth and one who doesn’t have any sense of reality - will be fun to watch.”

Another objective of this movie, Kim says, was to portray each character’s professional world as realistic as possible.

“I spent a lot of time with Kim Hye-soo before the shooting kicked off to see how she lives beyond the camera. I asked even the trivial questions like how she dresses at home,” the filmmaker said, adding that he tried to avoid how TV stars are portrayed in trendy dramas or reality programs.

“Since it is a human comedy, I tried to balance the solitude an actress has in her personal life as well as the comedic factor in order to gain sympathy from a wider audience,” he added.

The director says the emotions Joo-yeon feels - the feelings of fear and betrayals toward life after losing everything - will resonate with most single women in Korea.

“I myself think a lot about marriage and family these days,” he explained. “I want the audience to think about what is the most important thing in their lives and the value of family. It is why I chose this one as my debut film in the commercial movie industry.”

Two female teachers from different social strata and a young high school boy caught in between. 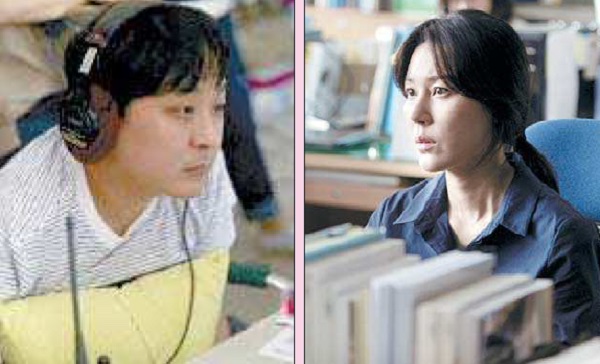 Prominent actress Kim Ha-neul plays Hyo-joo, a contract teacher at a high school who one day encounters a newcomer, Hye-young (Yoo In-young), who is younger, more confident and is from a unique social background: She is the daughter of the school’s owner.

The sense of envy and inferiority swirls up Hyo-joo, taking an irreversible turn when a high school boy played by Lee Won-keun enters the scene.

“This film will depict a highly controversial love scandal going on inside a school, which heads to the complete destruction of three characters,” the director said.

Hyo-joo tries everything she can do resist giving into her basic instincts and emotions.

But for her, who was always busy making a living rather than listening to her own feelings and following her desires, this hail of unprecedented events is too much to take in.

“It is a film that closely follows the emotional line of Hyo-joo,” the director explained.

“Depending on how the audience interprets her feelings and sympathizes, the film will be perceived in completely different ways,” he added.

His highly acclaimed previous film, “Set Me Free,” is a coming-of-age story about a boy named Young-jae who strives to move beyond his unfortunate childhood despair.

While receiving rave reviews from critics for depicting the poignant reality of youth, the film also acted as a breakthrough piece for its lead actor, Choi Woo-sik, due to his excellent performance in exuding powerful dark and gloomy energy throughout the film.

Kim Tae-yong says “Female Teacher” will be a chance to discover Kim Ha-neul’s sensitive and serious side.

“The bubbly, girly image of Kim will be nowhere to be found in this film,” he said. “I wanted to transform her into the image that Nicole Kidman or Marion Cotillard have. It will be a turning point for her acting career.”

He added that the freshness people felt from Choi in “Set Me Free” will be seen this time in Lee Won-keun, who plays the high school student.

“I wanted to make a film that directly confronts the stereotype people have toward films that depict relationships between a teacher and a student,” the director said.

It comes as a surprise to those who have seen Uhm’s representative work, “INGtoogi: The Battle of Internet Trolls” (2013), which depicts the turmoil in the online world involving unemployed youth. Although in some way absurd, the film was praised for realistically reflecting the harsh reality.

As a result, romance, not to mention fantasy, seemed to be the most unlikely choice of genre for Uhm.

“I was always interested in fantasy stories rather than realistic stories,” explained the director, who was traveling around South Gyeongsang and South Jeolla for the shooting.

“After filming ‘INGtoogi,’ which was extremely realistic, I wanted to go back to my original passion. This film will be familiar to my short movie, ‘Forest’ (2012) which was categorized as a fantasy horror.”

Uhm said he wanted to question the audience about what they believe in and what they depend on in order to live.

“To that question, my answer was love,” he said. “What could have a higher value than two people loving each other? In order to show its pure characteristic, I cast children in my film.” 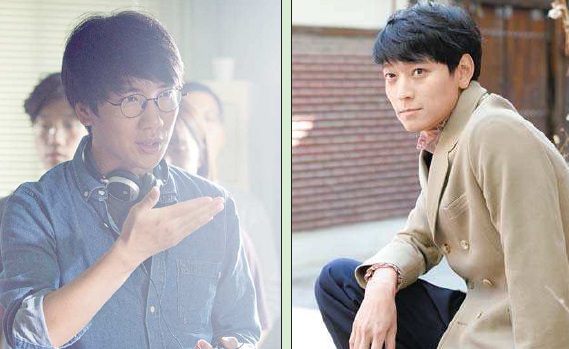 “Hidden Time” begins from the unlikely premise that a boy who was lost in the woods return a few days later as a grown-up.

On an isolated island in the southern sea, a group of four children goes into the woods to see a construction site. However, on their way back home, everyone excepts a girl named Su-rin (Shin Eun-soo) disappears.

Villagers suspect Su-rin and her father, who administrates the construction site, are hiding something about the sudden disappearance.

However, a few days later, a man in his 30s named Seong-min appears and asserts that he is one of the lost boys. He then forms a special bond with Su-rin.

The younger version of Seong-min is played by child actor Lee Hyo-je, who received unexpected attention after his mature performance in “The Throne,” in which he played the child version of King Jeongjo.

The older version of the male protagonist is played by Gang Dong-won.

“I wanted an actor who has a dual image as an innocent boy with a grown-up face at the same time,” the director explained.

“Grown-up Seong-min will be nothing like what people saw of Gang until now,” Uhm continued. “He is a character who experienced immense trauma by becoming an adult all of a sudden, and Gang had to take that all in.”