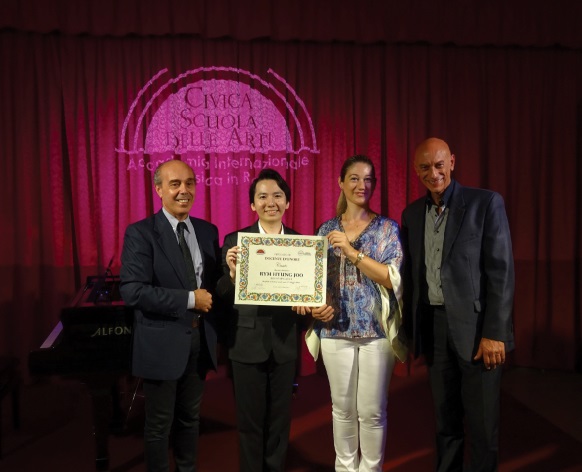 Internationally famed popera tenor Lim Hyung-joo became the first Korean ever to be recruited as a professor emeritus at the Civica Scuola delle Arti di Roma, a music academy in Rome from which Lim graduated last year with a master’s degree.

According to Lee’s agency, Universal Music, on Wednesday, “it is significant for one of the prestigious arts schools in such a culturally strong and conservative Italy to recruit a famous popera singer as a professor rather than a classical opera singer or a traditional singer,” adding that his career combining various genres as well as the fact that Lim received his degree from the school contributed to the decision.

“Moreover, since many years back, a lot of Koreans singers have been coming to Rome to study, and that is why we have decided to recruit Lim Hyung-joo, who is not only an alumnus, but unlike other popera singers, he received systematic traditional vocal education at the school.”

Lim debuted in 1998 at New York’s Carnegie Hall at the age of 17, and since then has accompanied numerous orchestras around the world.