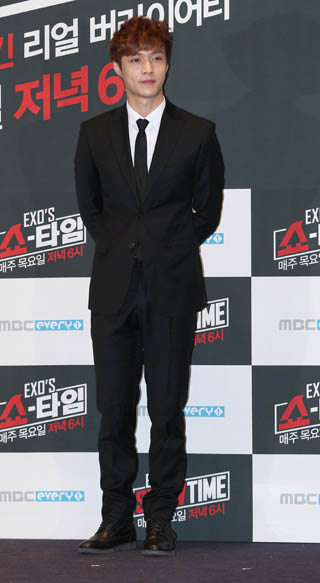 Lay, a member of the K-pop boy group Exo, sang the Chinese national anthem at the World Cup preliminary match in Changsha, which is the singer’s hometown.

The match between China and Bhutan took place Thursday afternoon at He Long Sports Center.

Although the singer debuted in Korea as a member of Exo in 2012, Lay is hugely popular in his home country, such that he recently launched his own agency there and is pursuing a solo career in various fields when not performing as part of Exo.

Exo consists of Korean and Chinese members, but two Chinese members, Kris and Luhan, walked out of the group last year after they filed separate lawsuits against SM Entertainment to nullify the validity of their contracts. The two are now pursuing acting and singing careers in China.