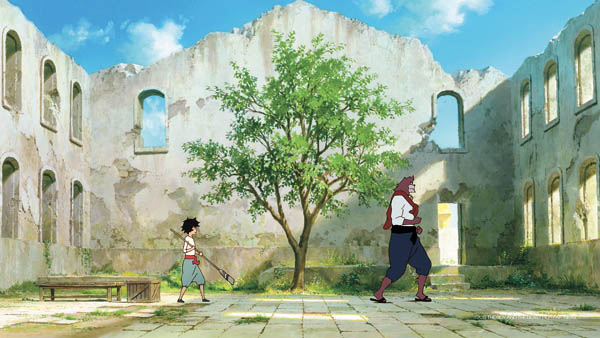 In Mamoru Hosoda’s latest animation feature, “The Boy and the Beast,” a boy named Kyuta, left, and a fatherly figure, Kumatetsu, help fix each other’s shortcomings, growing mature together. [CARAMEL]

Mamoru Hosoda, an animation guru behind hit productions like “The Girl Who Leapt Through Time” and “Wolf Children,” suggests a new definition of parent-child relationship in his latest animation feature, “The Boy and the Beast.”

While the relationship has long been defined by the responsibility of the parents, Hosoda emphasized how parents can also learn from their children and mature together.

“Traditionally, adults and parents are the ‘right’ ones. They always educate the younger ones, who are considered the ‘incomplete beings,” the director said during a press conference Wednesday at Wangsimni CGV in eastern Seoul.

“However, I firmly believe that there are times when parents are reversely raised by the children,” he added. “For example, parents learn about patience and the power to love through their children.” 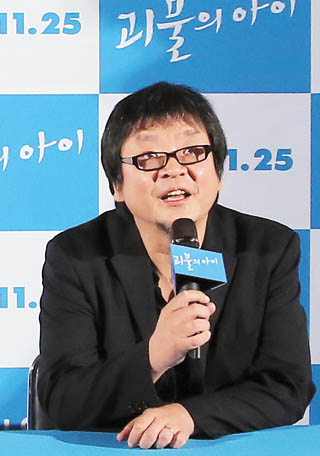 “The Boy and the Beast” revolves around a 9-year-old runaway boy named Kyuta who reluctantly becomes an apprentice of a beast called Kumatetsu, who lives in another space and time called Jutengai that can be approached by following a labyrinth of alleys behind the bustling Shibuya.

The two don’t click well at first, but over 10 years or so, the hot-tempered, selfish Kumatetsu learns to listen and care while Kyuta slowly overcomes his childhood trauma of being left alone.

Besides the heartwarming message are a handful of action-packed scenes, in which the two learn karate and sword fighting. And the rustic ambience of the imaginary world contrasts well with contemporary Tokyo.

“Shibuya is a very sophisticated and glamorous neighborhood,” Hosoda explained. “When I depict a hidden world that is deep and unimaginable resting behind there, I thought it would give a fresh spin on the neighborhood in reality.”

From Thursday, CGV Arthouse, the film’s co-distributor, kicked off special screening sessions dedicated to Hosoda at three branches - Apgujeong, Myeong-dong and Seomyun, Busan - which will run through Dec. 2. Myung Films as well will screen Hosoda’a works at its headquarters in Paju, Gyeonggi, from Nov. 28.