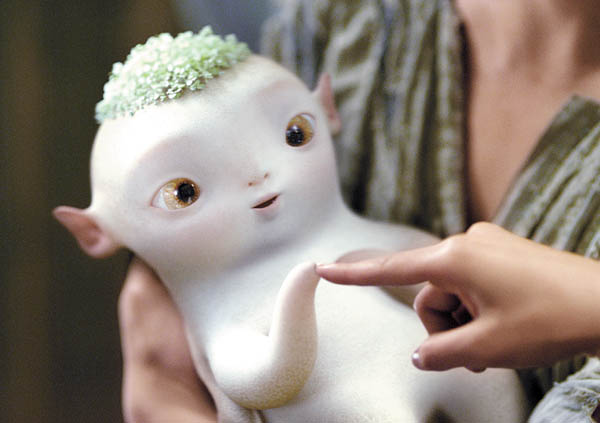 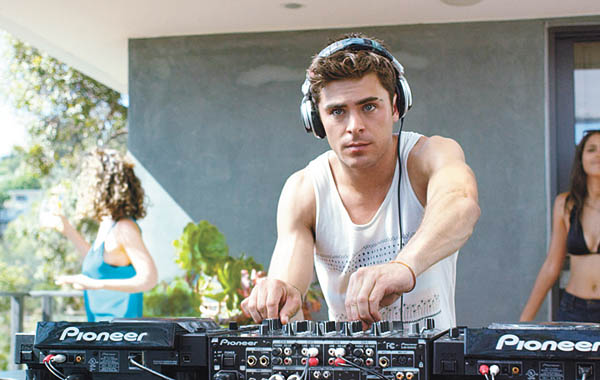 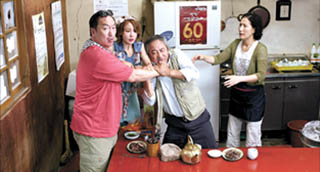 “Monster Hunt” became the highest grossing film of all time in China upon its national release in July.

A feature that marks the directorial debut of Raman Hui, the Hong Kong-born animator and designer who was involved in creating the “Shrek” franchise, this new partly animated fantasy-comedy presents a whole new world where humans and monsters co-exist not so harmoniously. 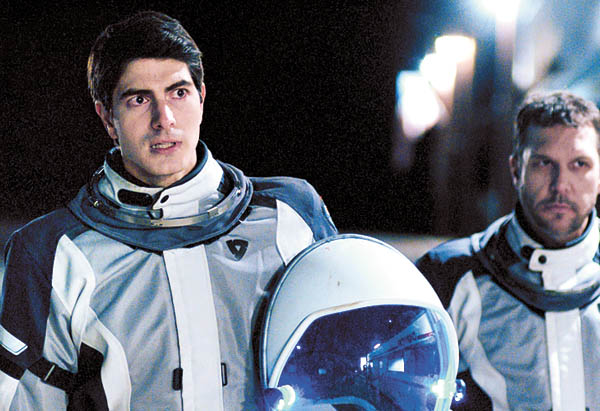 “Monster Hunt” is set in a mythic medieval world in which humans and monsters, after years of battles and wars, finally agreed on a truce to live in separate realms.

This truce, however, is disrupted when a civil war breaks out in the monsters’ realm, forcing the pregnant Monster Queen to flee to the humans’ land.

The queen encounters a man named Tian Yin (Jing Boran) and, in order to save her baby before she dies, “transfers” the baby to him - a peculiar yet innovative gender-bending plot twist on the film’s part.

And so Yin gives birth to Huba, a cute human-monster hybrid who has radish-like white body and fuzzy green hair, as well as a set of squid-like tentacles.

Yin at first wants to get rid of the baby by selling him to a pawn-shop owner.

However, as Yin becomes fond of Huba, he resolves to protect his child from the people, monsters, and monster hunters that are pursuing the last monster prince.

Is there something that you still keep in your heart? How about you say it now?

This is the message delivered in “Summer Snow,” a Korean film that aims to demonstrate so fully and poignantly the power of words, of admission of appreciation, atonement and love.

The film narrates discrete stories of three people’s lives that, once quotidian, turn around and impose challenges on them: a father (Ji Jin-hee), who single-handedly raises his daughter, has to cope with the harsh reality when her health is in critical condition; a young man (Kim Sung-kyun) assigns himself as the manager for a girl who he believes has the potential to become an actress and tries to hide the feelings he develops for her; and a former boxing champion (Kim Yeong-cheol), who challenges a colleague while both are admitted at the same hospital, is faced with regret when the match goes out of control.

As their lives become more complex, such complications provide a chance for them to reevaluate their lives, appreciate fully the things and the people they have taken for granted, and, most importantly, express those words of gratitude - even the simplest ones like, “I’m sorry,” “I love you” and “I thank you,” as the original Korean title suggests - rather than keeping them to themselves.

Almost 10 years after his role in Disney’s “High School Musical,” Hollywood star Zac Efron gets his head in the game again in another coming-of-age film about music and friendship.

This time, Efron plays the role of a 23-year-old aspiring DJ named Cole. Deeply immersed in the world of electronic music, Cole vies to create the most revolutionary, beat-popping track that no one can stop listening to.

Cole gets a step closer to his dream when he meets and befriends James (Wes Bentley), an older DJ who takes him in as his mentee. James helps Cole land on gigs as well as coaches him on how to craft dance tracks that are more soulful.

Things get a little complicated, however, when Cole falls for James’ personal assistant and girlfriend, Sophie (Emily Ratajkowski). As the romance between Cole and Sophie blossoms, it consequently jeopardizes the friendship between Cole and James.

Ultimately, Cole is faced with the dilemma of choosing between his loyalty and his romance, and takes a leap of faith to see how his future would unfold accordingly.

Steven Spielberg and Tom Hanks, the dynamic duo that produced numerous hit films like “Saving Private Ryan” (1998) and “Catch Me If You Can” (2002), are back with another thought-provoking film, with the help of brilliant screenwriters and three-time Academy award winners the Coen brothers.

“Bridge of Spies” is a historical drama inspired by true events that, with the Cold War as the backdrop, depict a war not of men in arms but information between the United States and the Soviet Union.

Hanks plays the role of James B. Donovan, an insurance lawyer who in an unlikely turn of events is entrusted with pulling off a very tricky task: defending Rudolf Abel (Mark Rylance), a Brooklyn resident suspected of being a KBG agent.

Things get even more complicated when the Soviet Union captures U.S. pilot Francis Gary Powers (Austin Stowell), and as a consequence Donovan is assigned to coordinate a prisoner exchange between Abel and Powers.

Despite all sorts of backlash, from piles of hate mail to his wife being ashamed to be related to a man working for a traitor, Donovan stands by his case not just because he is ordered to do so, but because he believes that “everyone deserves a defense. Every person matters.”

“Old Bicycle” tells the story of an unlikely bond between an elderly man and the grandson he hadn’t known before.

Based on the play of the same name by Lee Man-hee, who also wrote the original story of the critically acclaimed Korean film “The Way Home” (2002), “Old Bicycle” the film depicts the bond of a grandfather and a grandson despite the generational and cultural gaps between them.

Actor Choi Jong-won plays the role of Kang-man, a grouchy senior who relies on alcohol and an old rusty bicycle for companionship.

One day, a social worker arrives at the rural village where Kang-man resides to deliver the news that Kang-man’s son, who had disavowed their connection and deserted him many years ago, died in an accident.

But because of Poong-ja’s stubbornness and explosive tantrums, it doesn’t take long before Kang-man gives up and reluctantly takes Poong-ja home.

Despite their differences, spending time together allows for Kang-man and Poong-ja to reconcile and learn what it means to be a family.

This psychological sci-fi thriller centers on a team of four astronauts who participate in a simulated mission to a distant planet in order to study the psychological effects of deep space travel.

They begin the 400-day-long mission, but as time goes by, each member gradually loses their sanity, especially when they lose contact with the outside world.

And, in their attempt to escape their captivity, they come to realize that their simulated mission may not be a simulation after all.

The film stars a crew of sci-fi veterans such as Brandon Routh (“Arrow”) and Caity Lotz (“The Machine”), Dane Cook (“Troublemaker,” and executive producer of the film), Ben Feldman (“Mad Men”), Tom Cavanaugh (“The Flash”) and Grant Bowler (“Defiance”).

“400 Days” is the first film to be produced by Syfy Films, a new banner launched by the entertainment media company Syfy Ventures.

While it was released on VOD in Australia at the end of October, it is slated to be released in limited theaters and VOD in the U.S. in early 2016.