Pyongyang official said to have been ‘re-educated’

Pyongyang official said to have been ‘re-educated’ 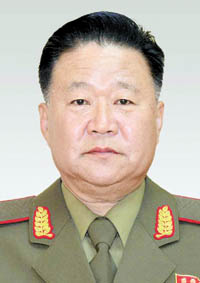 The secretary of North Korea’s ruling Workers’ Party is believed to have been sent to a rural agricultural cooperative for “revolutionary re-education,” according to a source specializing in North Korean affairs.

The source, who spoke on the condition of anonymity, said Thursday that Choe Ryong-hae, known as the right-hand man and confidant of North Korean leader Kim Jong-un, was likely serving his time in a rural cooperative and undergoing revolutionary re-education for his lackluster performance in the party.

“We only suspect Choe was relegated for his poor performance in the youth league of the Workers’ Party,” said the source, at the same time not ruling out the possibility that the official may have been punished for corruption.

Speculation that the former director of the general political bureau of the North Korean People’s Army was purged has grown since Choe’s name did not appear on a list of some 170 funeral committee members for veteran military official Ri Ul-sol.

Choe was also not seen at the state funeral held Wednesday for Ri, who died Saturday at the age of 94 from lung cancer. The ceremony was attended by Kim Jong-un and other senior party and military officials.

Due to Pyongyang’s opacity, the order of the names listed on funeral committee records for important figures like Ri gives valuable insight into who has potentially been promoted, demoted or purged from North Korea’s elite power circle.

“With all information [we have] available, we believe Choe is most likely at a rural farm cooperative right now,” the source said.

Choe’s position was so significant that he was sent to Beijing as a special envoy in September to attend a military parade in celebration of China’s Victory Day.

Several theories have been floated as to why the Workers’ Party secretary may have been pushed out.

Some analysts believe Choe is possibly being punished for his unsuccessful attempt at mending ties with Beijing when Liu Yunshan, the fifth-most senior member of the Communist Party of China, visited Pyongyang on Oct. 10, the 70th anniversary of the establishment of the North’s ruling party.

Still, others predict his punishment is related to the faulty construction of a power plant in Yanggang Province.

The project was thought to be rushed in order to be ready ahead of the Workers’ Party anniversary celebration.