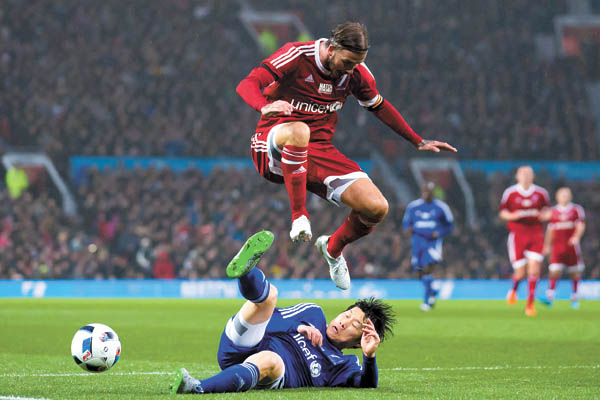 Charity score ­- David Beckham jumps over Park Ji-sung during the Unicef Match for Children charity football match at Old Trafford Stadium, England, on Saturday. Beckham was part of the Great Britain and Ireland team which won 3-1. Park played the full game as a leftback on the World team. Two goals from Michael Owen and another from Paul Scholes filled the scoreline for the GB team while Dwight Yorke scored for the World team. [AP/NEWSIS]