Singer leaves the idol image behind in latest TV role

Singer leaves the idol image behind in latest TV role 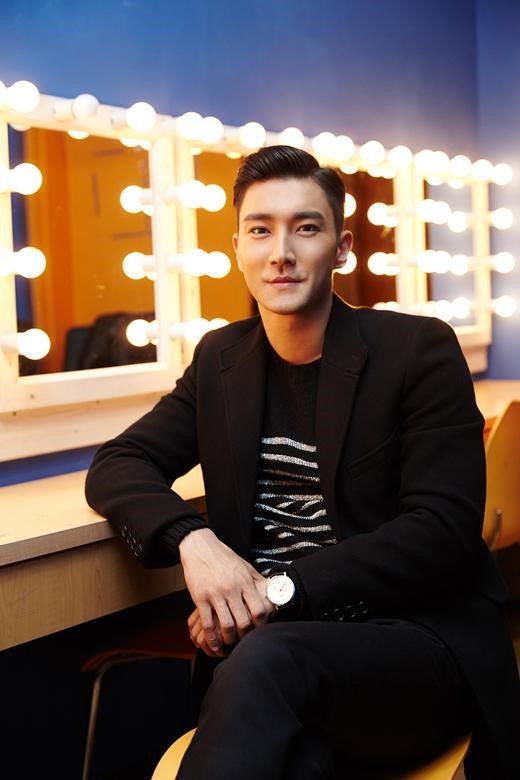 Before the recently finished TV drama “She Was Pretty,” K-pop singer Choi Si-won was still having a hard time making himself known as an actor in the minds of the public.

Although it has been more than a decade since the Super Junior member started taking on roles in TV dramas and films, some big and some small, the 28-year-old was never very well-known for his acting skills - perhaps because the image he established as an idol singer was too strong.

However, by nailing the oddball character in the MBC drama series, which recorded an 18 percent viewership rate, it is very likely that it will be a different story from now on.

Free from the pretty-faced and sophisticated idol image, Choi has hit what everybody calls a “jackpot” by playing a wacky bearded magazine reporter named Shin-hyuk. It is something the singer-turned-actor has never attempted before, not to mention something completely unexpected from his longtime fans.

Starring alongside Hwang Jung-eum and Park Seo-joon, two of the most coveted actors in the entertainment scene at the moment, Choi says he was glad that such a role, even though a supporting one, came his way.

“I was confined to a limited number of roles before,” Choi said in a recent roundtable interview. “In order to break free from that image, I needed to find my way out through comical characters.”

His next project will be delayed for at least two years since he is enlisting in the Army to fulfill his mandatory military service on Thursday. But he will be able to enter the next phase of his life with a sense of accomplishment, having finished a major project that had a meaningful impact on his career as an actor.

Q. Can you explain your character, Shin-hyuk?

A. He is a fun, jolly person to be around. But at the same time, he knows not to cross the line. So with Hye-jin [played by Hwang], he knows her heart doesn’t have room for him and supports her love. So I would say he was like a Givenchy to Audrey Hepburn, supporting in silence from a step back.

You let go of your constrained, charismatic image and played this nutty character for the first time. Did you not feel any regret?

There was nothing hard about it. As a matter of fact, I wanted to show that kind of uncontrolled side of me. My previous image only allowed me to play limited characters, so I wanted to turn that around, and I thought being comical was the only route.

What is your favorite scene?

I cannot forget that hilarious scene when my pants ripped off in the office lobby. It was so funny that I uploaded it on my SNS, too. As for the romantic scene, I remember when I hugged Hye-jin on the sidewalk. Jung-eum and I both got teary from the point when we were just reading the script.

How do you feel about enlisting in the Army soon?

Thankfully, my schedule is fully booked until the day I enlist. On the last day, I plan to spend time with my family. I believe that joining the Army will open a new chapter of my life. I want to show a more versatile side of myself when I come back.