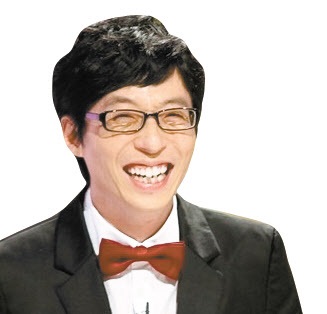 According to multiple industry insiders on Monday, Yoo’s appearance in the drama series is part of an “Infinite Challenge” episode in which all the regular members of the popular reality TV show do gigs on other MBC TV shows.

It is not known which role Yoo will play in the series yet.

The drama, which is about a woman who wants revenge on her husband and mother-in-law, earned 27.3 percent of viewership as of Sunday.

Viewership rate is calculated based on TV viewers only and does not include people who watch shows on smartphones and tablets, so series that earn more than 15 percent of viewership are considered a huge hit.

“Infinite Challenge” is one of the longest-running TV shows, first airing in May 2006, and it frequently ranks as Koreans’ No. 1 favorite TV show in surveys conducted by Gallup Korea.

The show topped the monthly survey for nine consecutive months as of September.