‘Dutchman’ a Wagner opera for everyone

‘Dutchman’ a Wagner opera for everyone 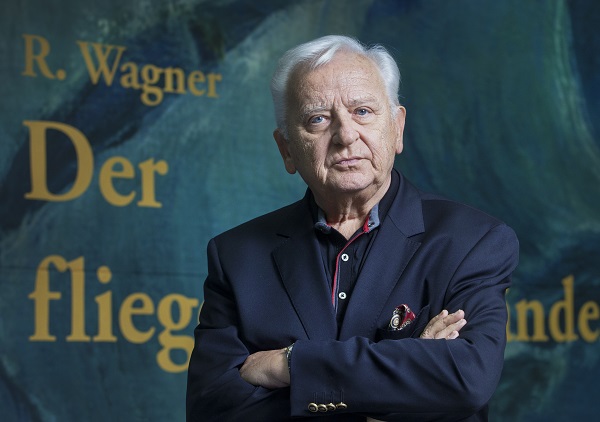 Korean audiences might be somewhat unfamiliar with “Der Fliegende Hollander,” also known as “The Flying Dutchman.”

This German opera with libretto and music by Richard Wagner lasts for two and a half hours without intermission, which is enough to make some people nervous. But it’s also the first of the so-called Wagner-style operas, which newcomers often find difficult.

But unlike other Wagner-style operas that are known for having difficult-to-understand, symbolic plots and lasting up to 15 hours, “The Flying Dutchman” goes against these stereotypes, according to Wagner specialist Ralf Weikert.

“This opera is interesting for not only opera aficionados but also opera beginners, because Wagner wrote this piece when he was rather young,” the Austrian maestro said. 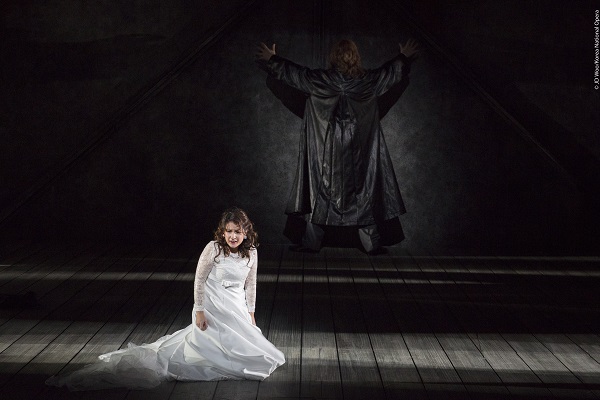 The Wagner expert explained that the German composer’s earliest operas initiated the Italian and French styles, but with “The Flying Dutchman” he began to develop his signature style. Therefore, the opera is ideal for both Wagner enthusiasts and beginners who are intimidated by Wagner’s later works.

The opera, which premiered in 1843 in Dresden, is based on Heinrich Heine’s legend “The Memoirs of Mister von Schnabelewopski.”

Unlike most composers, Wagner wrote both the music and the libretto for his works, prompting Weikert to describe him as “two geniuses in one person.”

To give Korean audiences the chance to enjoy this one-of-a-kind piece, the Korea National Opera is kicking off three performances of “The Flying Dutchman” at the Seoul Arts Center in southern Seoul starting Wednesday.

Directed by Stephen Lawless, the performance will feature Finnish baritone Jukka Rasilainen as the Dutchman while basses Youn Kwang-chul and Kim Il-hoon will alternate in the role of Daland, the Norwegian sea captain. German soprano Manuela Uhl will play Senta, Daland’s daughter, while tenor Kim Suk-chul has been cast to play Erik, a huntsman.

The performance starts at 7:30 p.m. on Wednesday and Friday and at 3 p.m. on Sunday.

To hear more about the opera, the Korea JoongAng Daily sat down with Weikert, who visited Korea for the first time for this production, after rehearsal last week at the Seoul Arts Center.

Q. “The Flying Dutchman” is unfamiliar to Korean audiences, but you seem sure that it will be appealing to not only opera fans but also newcomers. Why?

A. Because of its fantastic story. It’s a very romantic story, so for the audience, even if they don’t know the piece, there’s so much to watch, making it not so difficult for the audience to follow. I mean, compared to other works of Wagner, it’s not difficult at all. It’s difficult to follow his “Tristan und Isolde,” for example, if you don’t understand every word.

But here, it’s not absolutely necessary to understand them. Everybody knows what’s going on, and I think that helps the audience very much. This opera is interesting for everybody because it shows Wagner, who started off with romantic opera, on his way to what we call a “music drama.”

You have such a long career working as a maestro for so many operas, so I’m curious to know your favorite opera.

My repertoire up to now reaches 151 different operas. For instance with “The Flying Dutchman,” I have done it more than 50 times in six different productions. I’ve been conducting so long and in many places. I was in all the big opera houses in Germany, France, Italy and Austria. Mainly over the last 20 years, I’ve been doing Mozart, Strauss and Wagner. Before I did much more Verdi and Rossini, but now I’m more fixed on the late German romantics and Mozart.

So if you are asking me what my favorite opera is, I can name two or three. But above all, my favorite is Mozart’s “The Marriage of Figaro.” For me, it’s a perfect opera, not only for the music but as a whole opera. Personally, I think it’s better than “Don Giovanni.” Of course when I’m working on an opera, the opera that I’m working on becomes my favorite at that time because I’m totally concentrated on it for the whole four weeks of practices and performances, and it becomes a part of my body.

When you started out as a conductor, you must have had a choice between focusing on classical concerts or operas. But you seem to have successfully chased two hares at once.

From the beginning, I always conducted concerts as well as operas. It’s necessary for me because in a classical concert, you work a little differently as you don’t have to create a drama. In opera, you have to help - of course I think Wagner doesn’t need anyone else helping him - but what I mean is that you have to bring out and read the composer’s scores in the composer’s sense.

When I am on the orchestra pit of an opera, I become an advocate of the composer. It’s very important for me and it’s also my principle that when I do an opera, and I leave the pit after the performance, I always think, ‘If Wagner was standing there, would he be satisfied? Did I do everything for him?’

I know some colleagues of mine who conduct because they want to show themselves but for me, that’s not music. I follow music, that should be in your heart, and this is why I also conduct concerts. I cannot live without one or the other. When I conduct only opera for many months, I’m longing for the next concert. When I do concerts for too long, I need the theater and I’m longing for the theater again.

Korea is currently experiencing a classical music boom since the young Korean pianist Cho Seong-jin won first prize at the International Chopin Piano Competition. But some critics are worried that it’s only a bubble and will subside just as quickly. What’s your take?

I think there’s nothing to worry about. You have so many young people here. I was in a concert here with the Korean Symphony Orchestra a few days ago and I was so surprised at how many young people came to see the classical concert. In Europe, it’s mostly older people and sometimes they bring their children, who look like they would rather go home and watch television. In that perspective, I think Korea is very lucky to have so many young people interested in classical music. There’s nothing to be anxious about because you are absolutely a rising country in music and culture.