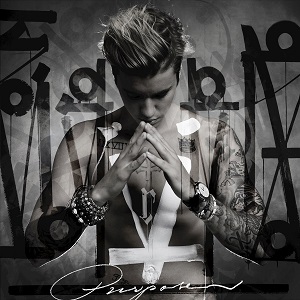 
Justin Bieber’s new album is peppered with songs full of apologies and redemption. The troubled star claims he’s changed. And maybe he has. Or not.

But one thing’s for sure, his music has gotten better. So much better.

“Purpose,” Bieber’s first album since 2013’s R&B-influenced “Journals,” finds the 21-year-old edging out his own zone in the current pop music landscape. The Biebs has almost found his voice.

He opens the album - with noteworthy production from EDM expert Skrillex - with downbeat songs both personal and real. The R&B number “Mark My Words” feels grown-up and sexy and on “I’ll Show You,” Bieber gets deep.

“It’s like they want me to be perfect, but they don’t even know I’m hurting,” he sings in an honest tone.

His “don’t-count-me-out” attitude also shines on the simple piano tune, “Life Is Worth Living,” where he proclaims, “I’m working on a better me.” Drawing from his real-life experiences is what makes Bieber’s album notable, along with his falsetto, which he has close to mastered over the last few years. AP