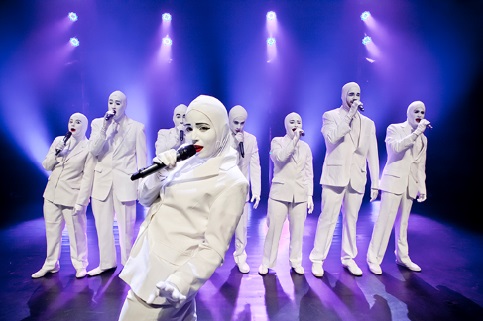 Dec. 13: The Voca People are an eight-person ensemble that, using only their voices, reproduces the sounds of a full-scale orchestra. Hailing from Israel, the group has performed around the world. At each stop, the group incorporates local hit songs into their repertoire. After their first performance here last May, the Voca People are returning to Korea for an encore show that will include jazz, pop, and classical, with hits by Madonna, Lady Gaga and Maroon 5.

Saturday: The Korean National Ballet’s special gala will be led by its artistic director, Kang Sue-jin, who has covered an array of works since her inauguration in 2014.

Under Kang’s guidance, the company has prepared a full-scale performance that complements the vast dimensions and grandeur of the venue, Theater Yong, which is commemorating its 10th anniversary.

Nov. 25 to 28: Celebrating its 30th anniversary, the Seoul Metropolitan Opera will showcase its production of “Faust.” The production is directed by internationally acclaimed British opera director John Dew, with set design by German designer Dirk Hofacker, who also designed for operas such as “La Traviata” and “Nabucco.”

Dec. 18 to Feb. 28: After five years of preproduction, the Korean version of “The Orchestra Pit” is finally hitting the stage. This meta-comedy sketch, which originally debuted in Japan in 2000, provides a behind-the-scenes look at the lives of musicians in a pit orchestra. The production features several prominent silver screen actors, including Hwang Jung-min, who most recently starred in the mega-hit “Veteran,” as the conductor.