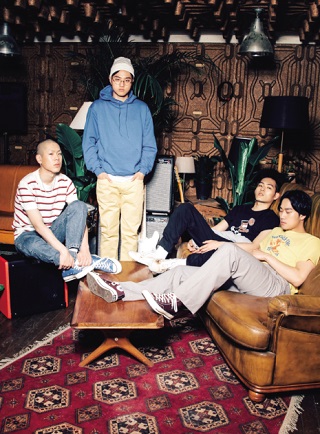 Dec. 30 and 31: Hyukoh, a popular Korean indie band, is holding a concert to celebrate the end of the year and the rise of their fame and popularity this year. Originally founded in May 2014, the band maintained a steady fandom, particularly in the Hongdae underground music scene. Their appearance this year on the reality TV show “Infinite Challenge” led to their now nationwide stardom. Since then, the band has collaborated with Tablo of Epik High on the hip-hop competition show “Show Me The Money.” They were also named among Korea’s top 10 artists at the Melon Music Awards.

Sunday: Many Koreans are familiar with the Irish singer and songwriter Damien Rice. Although he hasn’t held an official world tour in recent years, he has visited Korea three times since 2013.

Nov. 25: Right after her full-length U.S. tour, Rachael Yamagata is headed overseas to start her international tour, with Korea as her first stop. The American singer-songwriter debuted in 2004 with the album “Happenstance.”

Nov. 27: Pop legend Elton John is visiting more than 40 cities worldwide, including Seoul, for his “All the Hits Tour.” Elton John’s music career spans more than 50 years. Some of his all-time greatest hits include “Goodbye Yellow Brick Road,” “Candle in the Wind” and “Your Song.” In Seoul, he will perform at the Understage, a small venue with just the right level of intimacy.

In time with the year-end celebration, Psy is planning to release a new album on Dec. 1.

Jung, who made it to the top three in season four of the music competition show “Superstar K,” recruited members, who are mostly well-versed in indie music, and they debuted as a band earlier this year. The band quickly flourished in the indie/rock music scene.

The concert will be a melange of hard rock, indie and acoustic. In addition to performing original songs, Jung will reprise the cover of “Becoming Dust,” on which he collaborated with SSK winner Roy Kim and which became the biggest hit that season.