My 46 days in Napoleon-like forced seclusion

My 46 days in Napoleon-like forced seclusion 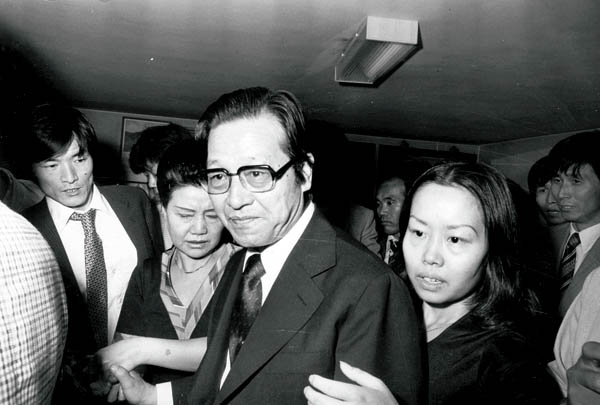 Interrogations at the Army Security Command, which doesn’t exist anymore, were usually done on people accused of spying for North Korea. Sometimes they were directly ordered by the president. On the night of May 17, 1980, a high wall surrounded the security command when I was taken there. People on the outside were not supposed to be able to look in.

As armed soldiers with M16 rifles pushed me through the door, I realized this was the direct handiwork of Chun Doo Hwan, who took over the military. “A usurpation of power in which the leader of a majority party is being arrested without any due process is taking place,” I thought to myself. “Chun must be behind all of this.”

As I was dragged from my home, I thought about the night of May 16, 1961, the day of the revolution [coup]. At the time, no one in the revolutionary force had any fear because we put our lives on the line for the revolution. As my days behind bars went by, many thoughts filled my mind. I vowed to keep my integrity as a former prime minister, a senior member of the military and as a person who had risked his life for a revolution for Korea. I thought about the life of Napoleon Bonaparte, who was sent into exile on a distant island after his defeat in the battle of Waterloo.

During his exile on Saint Helena, an island in the Atlantic off the coast of Africa, a governor attempted to humiliate him. Napoleon warned him that he wouldn’t live long if he tried that again. Napoleon’s determination to maintain his integrity inspired me in confinement.

The room I was taken to was on the second floor. I later learned it was the biggest room in the building. From one window, I could see the Han River. The questioning began a day after I arrived. An interrogator showed me a list of my assets and asked how I managed to accumulate them. Their intention was to accuse me of corruption. 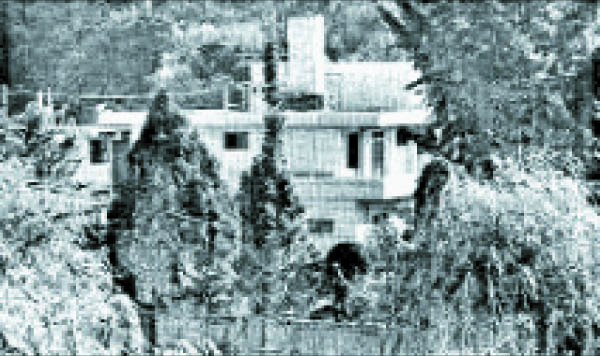 The branch office of the Army Security Command in Seobinggo-dong, Yongsan District in Seoul. The office was shut down in 1990. [Joongang photo]

That seemed to relieve him of the worry that I would not cooperate.

“But you can’t fabricate facts,” I warned. Your investigation records will one day be open to the public. The truth will prevail.”

One of their suspicions was about a plot of land in Suwon. They were suspicious that I had accumulated land in Suwon through corruption, which I hadn’t. They told me they were tipped off by the brother of a lawmaker. I insisted it was a lie as it was later revealed to be. I could not keep my anger from growing at that lawmaker’s brother.

They also asked whether I actually owned Suncheonhyang Hospital in Hannam-dong, central Seoul. The founder of the hospital, Dr. Suh Succ-jo, had been a family doctor of mine for a long time. He asked for my help in getting a bank loan when he founded the hospital and I did help him out. But that was all I did for him. The hospital did not belong to me. About two weeks passed as I was questioned about these groundless rumors.

On June 10, I was told to relinquish all my official positions, including my parliamentary seat. I was ready for this demand as I was well aware of Chun Doo Hwan’s intention to take over since the night I was taken from my home.

“You do what you wish,” I said. “You want me as a scapegoat in order to take power. I will do as you wish. I only ask you to finish the country’s modernization uninterrupted.” I signed all the resignations including my chairmanship of the Democratic Republican Party and my parliamentary seat.

I heard about a huge clash between the military and civilian protestors in Gwangju a day after I was detained. I heard the sound of choppers all day long on May 18 and asked my interrogator what was going on. He said Gwangju was in big trouble. As it turned out, the military coup by Chun Doo Hwan failed to win public support. The May 18 uprising in Gwangju was a tragedy the Chun faction had to face because it lacked all legitimacy for its coup. It wasn’t supported by the public. It was merely a usurpation of power. 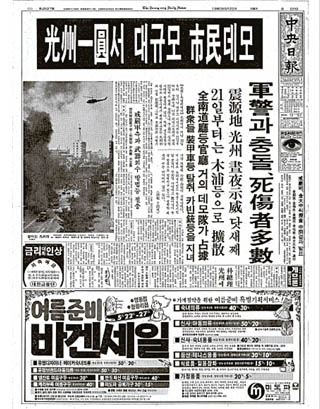 The May 22, 1980 edition of the JoongAng Ilbo reports on the May 18 Gwangju uprising on the front page. [Joongang ilbo]

Some critics maintain the May 16, 1961 revolution by Park Chung Hee was merely a military coup. It was actually a revolution because it was met with overwhelming public support. The public was behind us. We did not need bloodshed because the people were with us. Chun’s group killed many in its pursuit of power. Faced with the grim reality of the loss of many lives, I was remorseful and felt powerless. I could not do anything to stop Chun.

My interrogators did not put their hands on me. But it was certainly painful to hear screaming by people who were tortured in nearby rooms every day. My interrogators would ask me if I would like to go outside to take a walk. I refused, thinking it was my fate and I had to accept being locked up. Instead, I asked for books to read. Among the books I had received from home, I began reading a biography of Napoleon. When I first read about Napoleon when I was in middle school, it used to fill me with ambition and excitement over my future.

Napoleon died at 52 in exile on Saint Helena. I likened what I was going through with his fate. Napoleon kept his integrity as an emperor even when he was taken away to a distant island.

I wondered how he spent his last days on that island prison. I thought my interrogation room was just like that island. My 46-day confinement was without a doubt the most repressive environment I was ever forced to endure. But I was able to overcome it thanks to Napoleon. The Chun Doo Hwan military group could not suppress the freedom within me.