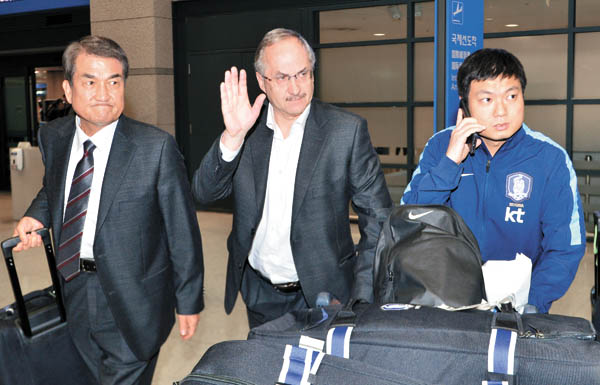 Korea national football team coach Uli Stielike waves to fans at Incheon International Airport on Thursday as the team returned from playing in Laos at the 2018 FIFA World Cup second round Asian qualifiers. Stielike said he is hoping to have friendly matches with European countries, such as the Netherlands, Scotland and Denmark next year to improve the team’s competiveness. [newsis]