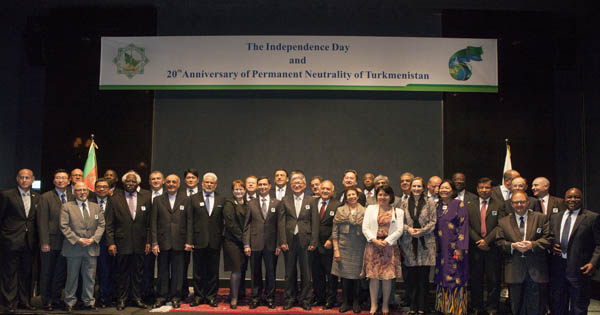 Turkmen Ambassador Myrat Mammetalyyev, center, celebrates Turkmenistan’s Independence Day and the 20th anniversary of permanent neutrality at the Grant Hyatt in Yongsan District, central Seoul, with other ambassadors on Tuesday. Standing to his right is Yun Duk-min, chancellor of the Korea National Diplomatic Academy. [PARK SANG-MOON]