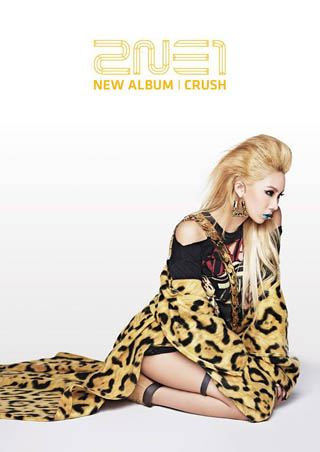 Details of the upcoming U.S. debut album from CL, a member of the girl group 2NE1, were unveiled Thursday.

The 24-year-old singer has been working on an album targeting the U.S. market by joining hands with Scooter Braun, who represents pop stars like Justin Bieber and Ariana Grande. Braun also handles Psy in the North American music market.

According to CL’s agency, YG Entertainment, the singer’s new song, “Hello Bitches,” will be available for free download from SoundCloud at 9 p.m. Saturday as part of a promotional event. A video clip showing CL performing her choreography for the new song will also be unveiled the same day.

Famed choreographer Parris Goebel reportedly participated in making the dance for “Hello Bitches.” Goebel has worked with many of YG Entertainment’s acts, such as Big Bang.

Meanwhile, CL will perform at the Mnet Asian Music Awards, also known as MAMA, on Dec. 2 in Hong Kong.

Having debuted in 2009 as part of 2NE1, the singer has been collaborating with pop stars like the Black Eyed Peas and world-famous DJ Diplo in recent years.