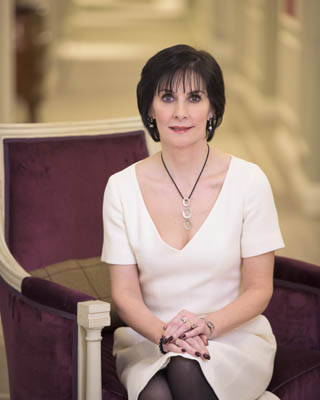 NEW YORK - The Irish singer Eithne Ni Bhraonain - known to the world as Enya - has essentially created her own style of music and sold some 80 million CDs in three decades. Yet when she leaves a hotel after talking about her first new work in seven years, chances are she will walk Manhattan streets unnoticed.

It’s an enviable place to be in a celebrity-soaked world.

“As a musician, I love the fact that the success was on the music,’’ she said. “I always say that fame and success are two very different things. ... I had a choice - and not a lot of people have this choice - of whether to seek fame with this music or whether to stay back behind the music and let the music speak for itself. And, really, that’s what I did.’’

Enya’s music re-enters the spotlight on Friday, with the release of “Dark Sky Island.’’ It debuts the same day another one-named powerhouse comes out with her new album - Adele with her “25.’’

The music industry will be watching to see in this era of streaming and sharing if Enya can replicate past success. Nielsen Music says she’s sold 23.8 million albums in the United States alone.

However, there is reason for added excitement: Enya fans are being teased with the possibility that the 54-year-old singer, who rarely sings in public, may actually be ready to take the stage.

“Performing is something I enjoy,’’ she said. “The way we put an album together is very much a performance feel. We’re trying to capture that live performance and that’s why I would know it would work on stage, and I would love to perform it.’’

So why hasn’t she done so in the past?

Making Enya’s music takes a lot of it. She sang in the family band Clannad in the 1980s until she, producer Nicky Ryan and his wife, lyricist Roma Ryan, hit upon their signature style. A fan of producer Phil Spector and the Beach Boys, Nicky Ryan uses Enya’s voice as an instrument, piling vocal tracks on top of each other, usually on a bed of synthesizers. Often she sings in her native Gaelic and other languages, even fictional ones.

Enya often wonders if it bothers her fans not to understand what she’s singing about. “They all seem to pick up on the emotional performances of the song and seem to interpret their own emotions with the music,’’ she said.

She’s not fond of the term New Age, but it’s the category the Grammys have used to give her four awards.

Since the song “Orinico Flow’’ and album “Watermark’’ were hits in the late 1980s, Enya’s professional life has been consistent. She and the Ryans work as a team in an Irish studio. The music is meticulously crafted; sometimes Enya will record dozens, if not hundreds, of vocal tracks for a song, then erase them if the idea doesn’t gel. Each album takes a minimum of three years to make, with the gap before “Dark Sky Island’’ larger because she took time to travel.

At the first sign of success, Enya’s record company suggested a concert tour. Enya knew it would take a lot to present the music live - choirs, maybe an orchestra. Her cost-conscious company wanted something smaller, so instead she returned to the recording studio. A pattern was set and never broken.

“Once I start an album, that’s all I will focus on,’’ she said. “But as soon as I walk away, which was only recently, you start to think, `Is this the album that we finally follow with live performances?’ Because we have such a choice of songs from each album.’’

She’s occasionally performed on television shows and describes the experience as “wonderful.’’

Cameron Strang, chairman and CEO of Warner Bros., her record label, admitted he was surprised when Enya raised the possibility of performances with the new record. “The assumption was that she wouldn’t be interested,’’ he said.

“We would love to see her tour,’’ he said. “I think that there might be some surprising moments coming for people, which we’re excited about.’’
AP