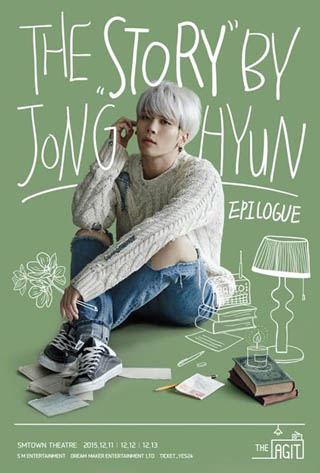 Jonghyun, a member of the K-pop boy group Shinee, will hold solo concerts from Dec. 11 to 13 at Coex Artium, located in Samseong-dong, southern Seoul.

The singer held concerts in October but decided to do so once again to thank his fans who came out to his previous shows.

SM Entertainment, the 25-year-old singer’s agency, said on Thursday that he will be accompanied by a live band.

Concert tickets will be available via Yes24.com starting at 8 p.m. Tuesday.

The versatile singer, who writes lyrics and composes songs, released a solo album earlier this year. In September, Jonghyun also published his first book, “Skeleton Flower: Things That Have Been Released and Set Free.”