Cho steps up in ‘Inside Men’

Cho steps up in ‘Inside Men’ 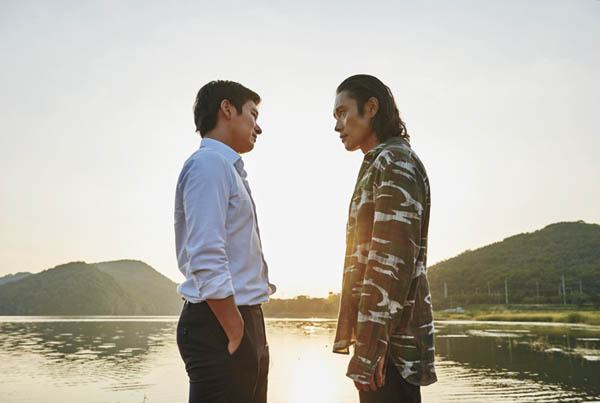 “Inside Men,” directed by Woo Min-ho, is an intense political drama, revealing the corrupt activities of politicians, business tycoons and the media. [SHOWBOX] 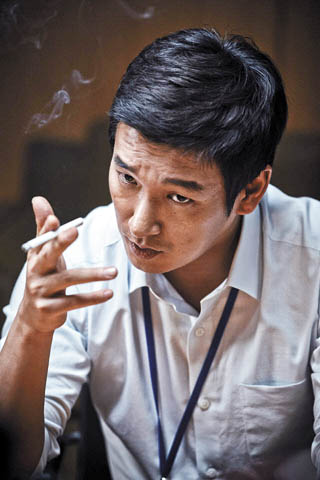 Cho Seung-woo plays the bull-headed prosecutor Jang-hoon, who fights hard to climb the social ladder but fails every time due to his humble background.

Actor Cho Seung-woo boasted these seemingly contradictory traits when the Korea JoongAng Daily met him at a recent roundtable interview about the upcoming movie “Inside Men.”

As proof of his 16 years of experience working in films, dramas and musicals, the 36-year-old was confident and relaxed throughout, refusing to hesitate even a second in answering the questions thrown at him.

“This is the first film that I ever listened to other people’s opinion when deciding to participate in a project,” Cho said by way of explaining how he became part of “Inside Men.”

It was initially reported that Cho declined the offer from director Woo Min-ho as many as three times.

“I was very unaware of the occupation of a prosecutor, which is my character’s job. Moreover, I needed to exchange strong energy between Baek Yoon-sik and Lee Byung-hun very smoothly, but I wasn’t sure if I could do that,” he said.

“Inside Men,” based on Yoon Tae-ho’s ongoing webtoon of the same name, is an intense crime drama that reveals the seedy underbelly of the political, financial and the media worlds and how they collaborate to be more corrupt.

Baek Yoon-sik plays the chief editorial writer at a major conservative newspaper company, who is influential enough to make a not-so-popular politician into the next presidental candidate (Lee Gyoung-young).

Lee Byung-hun plays a political hoodlum, Ahn Sang-gu, who devastatingly gets betrayed by the people he trusts.

Meanwhile, Cho’s character Woo Jang-hoon is a strong-willed prosecutor, who is ambitious to climb up the social ladder but fails every time because of his humble background.

“Woo Jang-hoon needed to have guts and also be spiteful because he is, too, one of the victims of corrupt society,” Cho said. “I think director Woo’s first impression of me was a mean, obstinate and a bit of a crazy person, which is why he insisted on my taking the role.”

Another factor that made him hesitant about the project was its all-too-familiar topic: corruption.

“An ambitious politician involved in corruption and a prosecutor chasing after was a premise that I have seen so many times in other films and dramas. At first, I didn’t know what was so fresh and special about this movie,” Cho said.

Perhaps that is why he has stayed away from the film scene for several years.

“After coming back from military service, I have been focusing more on musicals,” he said. “The main reason for that was because there was no fresh material in the film business. Maybe it is the problem of all types of art, but I felt that the scripts offered to me were just generic versions of successful Hollywood films.”

When asked why he finally chose to star in the movie, Cho replied that “screenplay is not everything.”

“Although the topic itself has been presented several times, I realized that it becomes a totally different living thing when paired with different direction, setting and postproduction process,” Cho said.

It is his first time working with Baek in nine years since “Tazza: The High Rollers” (2006). However, it was his first ever to work with Lee, whom he has admired for a very long time.

“I remember watching TV with my mom and being impressed at how Lee acts,” he explained. “He was mischievous and serious at the same time and his characters were never the same as the one before. During filming, he was very detailed about acting and had so many ideas about his character too.”

But rather than being intimidated by him, Cho’s admiration for the older actor propelled him to work harder.

“I approached him first, trying to feel comfortable around him because on-screen, my character had to play around with Ahn [Lee]. Lee was, at first, kind of thrown off by my attitude, but eventually he got used to it and now I go to his house often for a drink or dinner.”

The film opened nationwide on Thursday, but even after the promotional tour wraps up, Cho is planning to stay busy by taking to stage for the musical “Werther,” which is celebrating its 15th anniversary and scheduled to run through January.