A word on the side

A word on the side 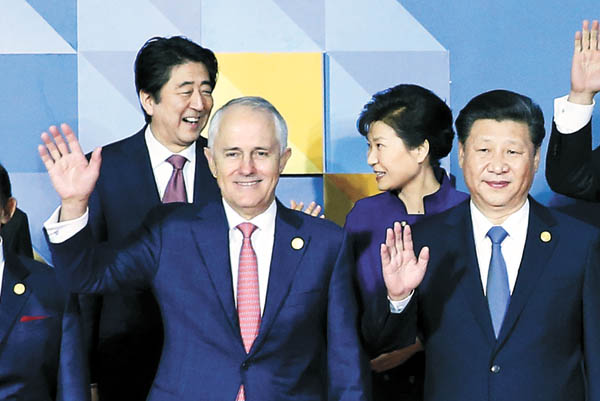 Korean President Park Geun-hye, second from right, and Japanese Prime Minister Shinzo Abe, left, exchange words as leaders posed for a group photo at the Asia-Pacific Economic Cooperation summit in Manila on Thursday. What they talked about was not disclosed. In front of Abe and Park are Australian Prime Minister Malcolm Turnbull and Chinese President Xi Jinping. Park said that Korea will play a role in the founding of the Free Trade Area of the Asia-Pacific, a Chinese initiative. In the first session of the summit, Park also said that Korea expects open regionalism and inclusive economic growth guaranteed in the process of economic integration in the region, referring to the Trans-Pacific Partnership led by the United States. [JOINT PRESS CORPS]