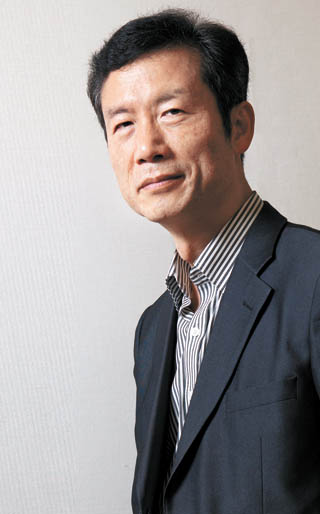 At one point in his life, Kim Young-hwan was one of the most wanted men in South Korea.

Kim, who was enrolled at the school of law at the elite Seoul National University, was wanted for trying to overthrow the Chun Doo Hwan dictatorship in the name of North Korea’s juche, or self-reliance, ideology.

Kim’s manuals on the teachings of North Korean founder Kim Il Sung were considered a kind of bible among fellow activists. After years of evading capture, he was finally arrested in 1986.

He was tortured brutally for 27 days by intelligence officials.

“An average person could not have withstood a single day without going insane,” Kim recalled. “I bore 27 days without losing my mind because of the pride I had in being the leader of a student movement against the military government.”

Twenty six years after that torture, Kim found himself locked up in another interrogation room, this time in the city of Dalian in China’s Liaoning Province. He withstood a month of torture at the hands of Chinese security officials. The charge this time: Setting up an underground network in North Korea in pursuit of regime change in Pyongyang.

“The torture in China was relatively easier compared [to 1986],” said Kim with a laugh in an interview with the Korea JoongAng Daily on Thursday.

Kim, 52, is one of a handful of South Koreans who had a face-to-face meeting with North Korean founder Kim Il Sung. That meeting, which took place in Pyongyang in 1991, was the North’s recognition of his efforts to undermine the South Korean government in the name of its Juche ideology.

Two decades later, Kim wants the world know the atrocities committed by North Korea on its own citizens. Now he wants a change in power and systems in Pyongyang, not Seoul.

Once fiercely sought after by the South Korean authoritarian government, Kim now stands one of the most wanted men by North Korea, which warned it would go after him to the farthest corners of the earth if necessary to punish him.

The Korea JoongAng Daily sat down with the activist at a cafe in Seoul Thursday, a day before he embarked on a five-day trip to Germany, where he is scheduled to give lectures on North Korea, to discuss how his world view turned 180 degrees.

Below is an edited transcript of the interview.

Q. In the 1980s, you believed in the Juche ideology and led your followers in accordance with its teachings. What made you tick back then?

A. I began my movement to protest the dictatorship. Back then [in the 1980s], many students were drawn to Marxism, including myself. Young students were drawn to it because the level of government repression was getting worse year by year. Student activists needed theoretical ground to continue their fight against the military regime. Among many theories, there was no more powerful theory than Marxism.

I fell for the Juche ideology because I felt Marxism couldn’t explain the historical complexities of East Asia and the Korean Peninsula. And that prompted me to look for an alternative, which was Kim Il Sung’s Juche ideology. The fact that there was strong anti-U.S. sentiment [among student activists] also drew me to Juche. The personal appeal of Kim Il Sung was also a factor. While we thought there were no national figures in the South who rose up against Japan’s colonial rule in South Korea, Kim Il Sung was a guerilla who fought the Japanese.

When you were 23 in 1986, you were sent to an interrogation room run by the National Security Planning Agency, the predecessor of the National Intelligence Service, where you were tortured for 27 days. Tell us what that was like.

I was beaten day in and day out with lumber and water boarded. An average person would not withstand a day without going insane.

You were sentenced to three years and six months in prison on charges of violating the National Security Law and served the whole sentence. When did you make your first contact with North Korean operatives?

It was in 1989, the same year I was released from jail. I received a phone call and a man told me meet him at a certain location, which I did. From then, I received orders from the North to help bolster an underground network in the South to undermine the government. Then I made a secret visit to Pyongyang via submarine.

In May 1991, you secretly journeyed to the North Korean capital and met leader Kim Il Sung. What was your impression of Kim and other people you met?

I met with senior officials of the Workers’ Party and scholars of the Juche theory. I soon discovered their way of thinking was so stiff. They were in fear of saying something that should not be said. I expected an open discussion about what was happening around the world and on the peninsula. No such thing was possible because they could be punished mercilessly for a minor mistake. I found it ironic because, in fact, the Juche ideology emphasizes one’s creativity and autonomy of will. But in reality, North Korea directly contradicted the Juche theory.

Regarding Kim Il Sung, I found that his view of the world and political and social theory was still stuck in the 1930s as if they were fossilized. His view was striking given how much the world had changed. I also questioned whether he would be able to rule the country with such perceptions of the world.

I also figured that even though Kim Il Sung was known to be behind the creation of the Juche ideology, he did not really understand its principles. It was understandable that he had his scholars come up with such an ideology, but only after he fully understood the basics. It was a situation in which a person who is responsible for an absolute truth [the Juche ideology] was, in fact, ignorant of it. Kim just used the image of Juche for his dictatorship.

Some say Kim Il Sung was genuinely worried about his people compared to his son, Kim Jong-il, who was only keen to maintain his grip on power.

If he had really worried about his people, North Korea would not have ended up being what it is today.

Did your perspective on South Korea change after your visit to Pyongyang?

Yes it did. After my trip, I was able to see the many accomplishments that South Korea had made. After seeing the reality of North Korea, the scope of openness and progress of democracy achieved here looked astounding. I felt as if the gap between the North and South in regard to those values were as vast as between the sky and the ground.

But you were once a victim of the state-orchestrated torture?

Torture was a personal matter for me. I had to have an objective perspective as a leader of my movement. My anguish and disappointment at the South Korean government was a secondary matter.

Among many activities we do in China, one is to approach North Koreans who are in China for business trips or studying abroad and plan to go back. We have a chat with them and if we think they have similar views on affairs in and out of North Korea, then we propose further discussions. Over a few weeks, we would study [the reality of North Korea and global affairs]. We enlist North Koreans who are eager to work for democracy and improving human rights conditions in the North in our underground network. We decide on the communication channel and the amount of financial assistance before sending them back to the North. Our work began in 1999 along Chinese border cities with the North.

You were arrested in 2012 and detained for 114 days. What did you go through?

For the first one month, I underwent electrical torture. They have an electrical bar wrapped in foil with light bulbs - it makes a terrifying visual impact. Chinese interrogators, who spoke Korean, would put the bar inside my shirt and turn it on. The electrical shock was overwhelming. They demanded I tell them the members of the underground network and acknowledge that I committed illegal acts in China.

UN Secretary General Ban Ki-moon is reportedly preparing a visit to Pyongyang. How likely is it that the North would give up its nuclear weapons?

North Korea’s top priority is to grow its economy. To do so, it needs to improve relations with the international community. But I am skeptical about how much it can mend ties with the global community without giving up its nuclear arsenal.

Is there disgruntlement among the elite circle in Pyongyang toward the Kim Jong-un regime?

It’s hard to pinpoint by, say, giving a precise number of elite officials [who are disgruntled]. But many of the elite have enjoyed an inflow of outside information. It has been many years since ranking party officials started sending their children to China to study.

Those who studied in China 15 years ago are now taking important positions, and their parents have senior positions. Their scope of thinking is really deep and wide. Predicting the demise of the North Korean regime is very difficult. As of now, there seem to be no signs of instability from within. But still, there are many variables [that could lead to an unexpected turn of events]. There is a chance of change in the foreseeable future.

If there is an attempt to bring change, will it be from the bottom to the top or the other way around?

It will be likely to be from the top to the bottom. Average North Korean people are not so disgruntled about the regime. Their standard of living has improved greatly over the past decade. There are reports of purges and executions of senior officials, but they don’t really affect ordinary people in the North.