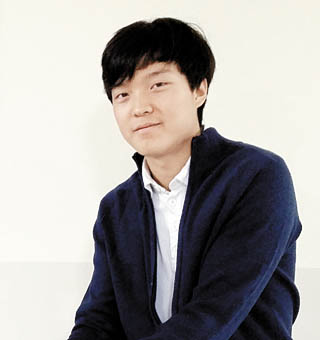 Song Yoo-geun, Korea’s most famous boy genius, will be awarded a doctorate from the University of Science and Technology (UST) in Daejeon next February. At the age of 18, he will be the youngest person ever to be awarded a Ph.D. degree in Korea.

Dr. Park Seok-jae, a 58-year-old professor at the Korea Astronomy and Space Science Institute (KASI), which is part of UST, said on Wednesday, “Song’s dissertation, titled ‘A Use of the General Theory of Relativity in Astrophysics,’ passed a final screening on Tuesday and was approved by the committee for dissertation examination.”

Song started a combined master’s and doctoral degree program at KASI in 2009 when he was 11.

“It took a bit of time for Song to finish his dissertation because he focused on studying theories of basic science like mathematics and physics,” said Park, who has taught Song for seven years.

“The topic of his dissertation includes studies on black holes and cosmology,” Park added. “I’ll confirm Song’s postdoctoral plan by the end of this year and help him improve his research ability under a well-known American scholar once he receives his doctorate next February.”

Song was able to do multiplication when he was 5 years old, and differential and integral calculus when he was 7.

After taking middle and high school qualification examinations, instead of attending a mandatory six-year course, he entered Inha University in 2006 at the age of 8 to study science. He became the youngest Korean university student ever.

He dropped out of the school in 2008, saying the repetitive university lectures were boring.

“He has a very concentrated mentality, and he can easily immerse himself in his research,” Park Ok-seon, Song’s mother, said. “He does not bring his smartphone into laboratories.

“He dreams about becoming a globally well-known astronomer,” she added.