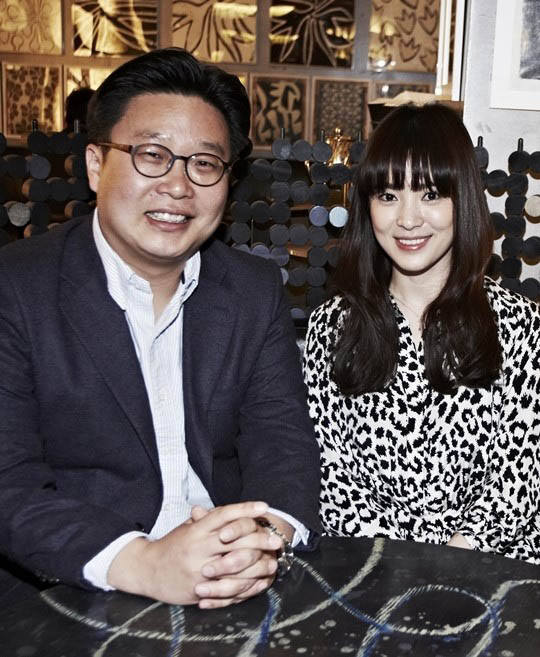 Actress Song Hye-kyo and Seo Kyoung-duk, a professor who refers to himself as a public relations ambassador of Korea, jointly published booklets on the Toronto-based Royal Ontario Museum (ROM) in Korean.

They believe the booklets will come in handy for Korean visitors, while also promoting the Korean language to non-Korean visitors to the ROM.

Members from the Canadian branch of the Global Leaders Association, a group of overseas Korean students, helped Song and Seo make the booklet.

The booklet features information on key displays at the ROM along with other tourism information such as nearby dining and shopping areas. About 30,000 booklets have reportedly published.

“When I go overseas, I visit major galleries and museums in that country but I sometimes have hard time finding information about the venue because there are no booklets available in Korean,” Song said in a press release on Thursday. “I will try hard to provide booklets in Korean in other places, too.”

The two have published Korean booklets on several major sightseeing spots, such as the Museum of Modern Art in New York and the Provisional Government of the Republic of Korea museum in Shanghai, in recent years.

Song, 33, is currently shooting a new drama series titled “Descendants of the Sun.”