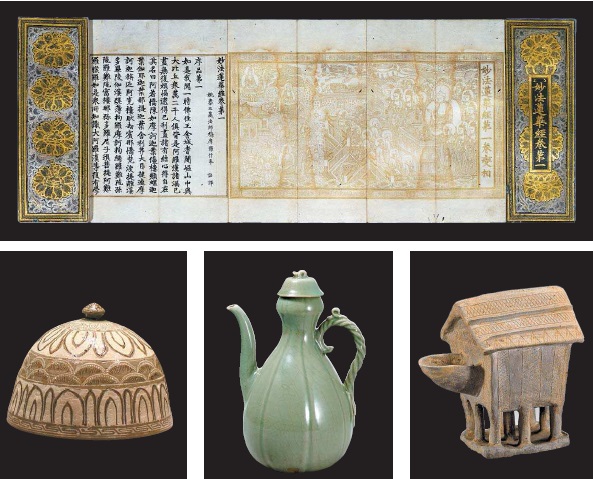 For any one interested in ancient Korean art, Horim is a name to remember.

Along with the Leeum, Samsung Museum of Art and the Kansong Art Museum, the Horim Museum is known for having one of the best collections of ancient Korean masterpieces among private art museums.

Horim is home to some 15,000 artifacts, including eight state-designated National Treasures, 52 Treasures and 11 city-designated cultural properties.

The Sinsa-dong branch of the museum in Gangnam District, southern Seoul, has launched a new permanent exhibition that lets people enjoy the ancient Korean masterpieces that made the museum famous all year round. 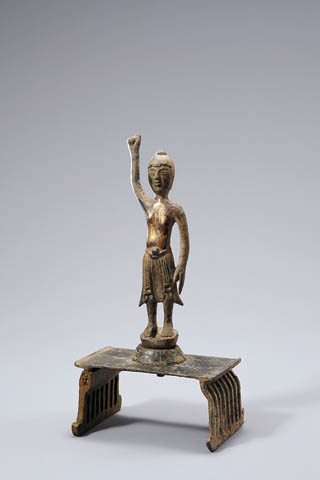 In case of the “White Porcelain Lidded Jar with Plum and Bamboo Design in Underglaze Cobalt Blue” (National Treasure No. 222), the insurance coverage amounts to a whopping 30 billion won ($26 million).

But even the artifacts other than the 22 state treasures on display are rare and important enough to intrigue lovers of ancient Korean art.

“There have been many demands from the visitors who said they want to see Horim collection’s highlights at a glance,” curator Lee Jang-hoon says. “That’s why we decided to organize a permanent exhibition that displays Horim’s best of the best pieces.”

The permanent exhibition spans three floors - the second, third and fourth floors of the existing exhibition hall of the Horim Art Center on Dosan Road in Sinsa-dong, southern Seoul.

Masterpieces at a glance

The first part delves into art made with clay.

Often, ancient Koreans buried various earthenware pieces with the dead, and they embodied the wishes of families and friends that the dead would arrive on the other side safe and sound.

“Horse-shaped vessels, chariot wheels and boats represent a carrier that transports the spirit of the deceased to the place of judgement,” chief curator Lee Won-kwang explains, “while bird-shaped pieces were like a guide for the spirit to heaven.”

A house-shaped earthenware piece, which depicts a storage facility for crops rather than a home for people, also represents the hope that the dead will not go hungry in the afterlife.

Among the highlights are “Gilt-Bronze Standing Sakyamuni Buddha at Birth” (Treasure No. 808), which depicts Buddha just after being born; “Saddharmapundarika Sutra in Ink on White Paper” (National Treasure No. 211), which is considered one of the most important scriptures in Korean Buddhism; as well as the especially rare “Painting from Water-Moon Avalokitesvara Bodhisattva” from the Goryeo Dynasty (918-1392).

The third and last part of the permanent exhibition deals with ceramics, which is undoubtedly the type of artifact the Horim collection is most famous for.

The intended use of the large, lid-shaped buncheong (greyish-blue ceramics covered in white glaze) pieces is yet unknown. “There has to be further study,” Lee says, “but there is a possibility that they were part of ceramics meant to keep the umbilical cords of royal family members.”

Buncheong ware was produced during the first 200 years of the Joseon Dynasty (1392-1910) and embodies the transition from Goryeo celadon to Joseon porcelain.

The “Celadon Gourd-Shaped Ewer” (Treasure No. 1540) is considered one of the most beautiful Goryeo celadon pieces with perfect proportions. It also looks like it was just made. The “White Porcelain Bottle-Shaped Ewer” (National Treasure No. 281), on the other hand, looks more feminine and even slightly fragile, with a thin handle and opening.

In addition to the permanent exhibition, Horim organized a special exhibition on 20th-century ceramic pieces from what is today North Korea, called Haeju-ware and Hoeryeong-ware.

While the permanent exhibition evokes a sense of class, dignity and sophistication, this special exhibition is all about colors, boldness and free-style.

Haeju and Hoeryeong refer to the regions where the genre emerged. Haeju-ware is known to have originated with the royal ceramic artists of Joseon, who began to leave court in the 1880s as the government moved into the modern era. Many of them reportedly settled in Haeju in Hwanghae Province, as it had good soil. Similarly, Hoeryeong-ware began in Hoeryeong in North Hamgyong Province, another area known for good soil.

Horim has special ties to North Korea. The founder, Yun Jang-sub, was in fact born in Kaesong in 1922.

In a rare interview with the Korean media in 2012, Yun emphasized that cultural properties are not individual assets. Yun donated all the artifacts he bought to the Sungbo Cultural Foundation, which operates the museum.

“I hope they will become public treasures and that future generations will get as much joy from them as I did,” he said.

Exhibits at the “Horim Masterpiece 100” exhibition will partially change every six months. The “Rediscovery of Haeju-ware and Hoeryeong-ware” exhibition runs until Feb. 27. Entry is 8,000 won ($7.20) for both exhibitions.