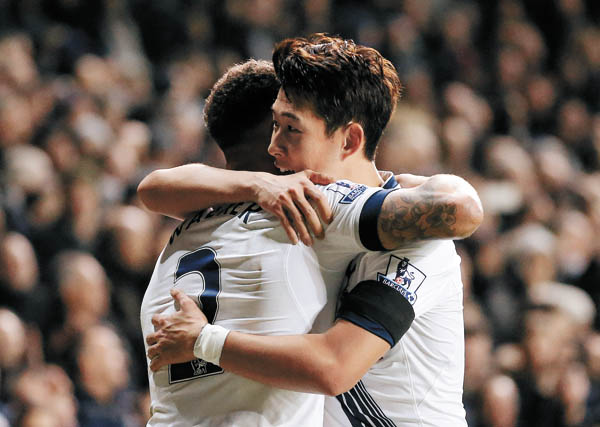 Tottenham Hotspur’s Son Heung-Min, right, celebrates with Kyle Walker after Walker scored against West Ham at White Hart Lane stadium in London on Sunday. Son, who made his first league start since Sept. 26 against Manchester City, got his first assist in the English Premier League in the 83rd minute after he helped Walker score the team’s fourth goal. Son, who mainly played as a right winger, was replaced by Joshua Onomah in the 85th minute. Tottenham won 4-1 with two goals from English striker Harry Kane. Tottenham is now in fifth position in the EPL, two points behind its city rival Arsenal. [AP/NEWSIS]