Samsung gets construction deal worth $840 million

Samsung gets construction deal worth $840 million 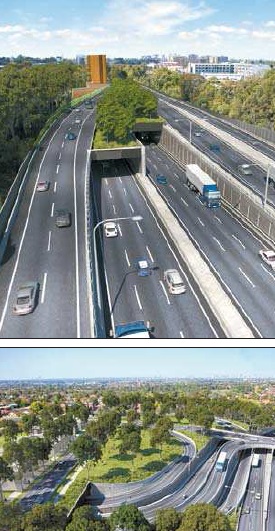 Computer images show the WestConnex project, which will form a beltway around Sydney and southeastern New South Wales. [SAMSUNG C&T]

Samsung C&T has won a major construction project in Australia, further expanding its influence in the country’s transportation infrastructure market.

The company announced Monday that it acquired the rights to participate in the WestConnex project, the largest transportation project in Australia that was ordered by the state government of New South Wales. Samsung C&T will take part in WestConnex Stage 2 construction.

The project will join together the M4 and M5 motorways, forming a beltway around Sydney and the southeastern part of the state. The new motorway is expected to link the city, airport and port. The project is to be delivered in three stages with total length of 33 kilometers (20.5 miles).

The company formed a consortium with Leigton and Dragados, leading construction companies from Australia and Spain, respectively, to win the $2.8 billion Stage 2 construction contract. Samsung C&T is responsible for 30 percent of the project, which is worth $840 million. In June, the company took part in the 1B section of Stage 1 in a $680 million deal.

The Stage 2 of WestConnex includes the construction of a 9-kilometer underground tunnel. Existing interchanges will also be upgraded and the expressway will be widened. The construction is scheduled to be completed by the end of 2019.

Samsung C&T’s success in clinching this latest deal is owed to the partnership built with local firms while taking part in the Roy Hill project two years ago, according to industry insiders.

Through successful completion of the new project, Samsung C&T hopes to win contracts for Stage 3 of the WestConnex project and further expand its presence in the Australian transport infrastructure business, which amounts to an average of $20 billion yearly.

“We will secure our leadership in the advanced markets through successful cooperation with global customers and by proving our field expertise and technological capabilities,” a company official said.