To Sunday: The solo exhibition of Dutch artist Aernout Mik shows his four separate video installations that focus on borders and conflicts between countries, ideologies and otherness.

Among the works is “Ice Cream Hill (2014-15).” Commissioned by the REAL DMZ PROJECT and being shown for the first time at this exhibition, the films tells the story of tensions between the two Koreas on Sabseulbong Peak, located near the DMZ in Cheorwon, Gangwon. 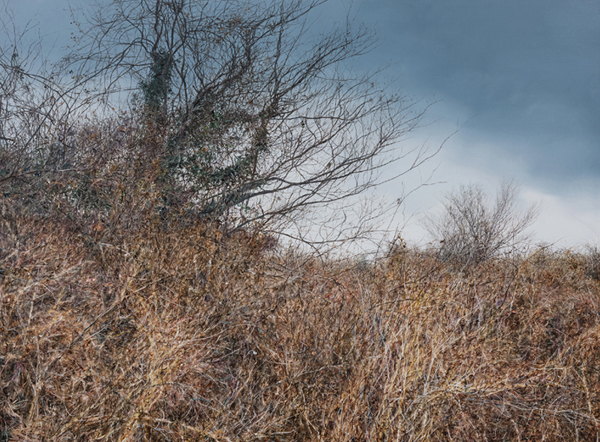 To Monday: The exhibition features landscapes by two famous painters - Yoo Geun-Taek and Lee Kwang-Ho. The gallery says the two artists use quite different methods but share the common goal of creating very personal landscapes paradoxically through realistic, meticulous depictions.

Yoo’s paintings depict the landscapes of Berlin, where he recently stayed. They, at a glimpse, are Western-style landscapes but they have been created using the methods of Eastern ink paintings.

And as for Lee’s paintings of bushes in desolates sites, the bushes appear raised, as if they could be touched by the viewer, due to the artist’s unique brush strokes and his skill of scratching the canvas with a needle.

To Dec. 6: The solo exhibition of Kwon Young-woo (1926-2013) showcases 30 of the artist’s works that span the borders between painting and sculpture, and between East Asian and Western art.

Kwon, one of the leaders of the dansaekhwa (Korean monochrome abstract painting) movement, began in the early 1960s to create works by cutting, tearing and puncturing hanji (traditional Korean paper). “His focus on the delicate hanji’s layered texture led to three-dimensional shapes and rhythmic compositions that cover the entire surface,” the gallery web site explains.

To Jan. 24: The exhibition features kinetic art, robot art and other new media art by 14 artists from Korea and Australia. Its title “New Romance” is a kind of homonym joke from the fact that many Korean readers took William Gibson’s classic 1984 Sci-fi novel “Neuromancer” for “New Romancer.”

Admission is 4,000 won for adults, which includes entry to the other shows going on at the Seoul museum. The museum is closed on Mondays. It is a 10-minute walk from Anguk Station, line No. 3, exit 1.

A HOMAGE TO KOREAN ARCHITECTURE: WISDOM OF THE EARTH

But it is not only a photo exhibition. The museum has juxtaposed the photos of the old iconic buildings with the paintings of them by old masters, the old maps of the sites where they were built and their 3-D-scanned images and high-tech models.

Admission is 5,000 won for adults. Admission for elementary, middle and high school students is free on weekdays. The museum is closed on Mondays. Go to Hangangjin Station, line No. 6, exit 1, and walk for five minutes. 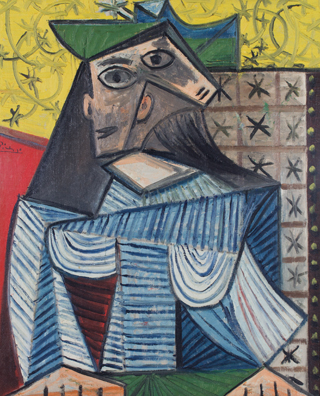 Friday To March 1: The exhibition features 100 works by 20 masters of modern and contemporary art, including Wassily Kandinsky, Piet Mondrian, Marcel Duchamp and Marc Chagall, from the collection of Venezuela’s National Museums Foundation.

One of the highlights is “Yellow Cat Romps Butterfly” by Kim. In the painting, a chubby, furry kitten, looking curious and mischievous, turns its head to gaze at a black butterfly. 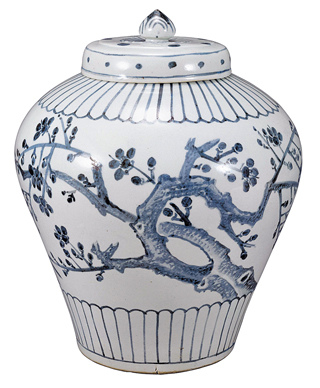 Admission costs 8,000 won. The museum is closed on Sundays.

For an indefinite period: “Really?” is the inaugural exhibition of the Arario Museum, which opened on Sept. 1, 2014 in the iconic ivy-covered brick building “Space” designed by the legendary Korean architect Kim Swoo-geun (1931-86). Space’s intricately linked display areas and spiral staircases remain in their original state, while the artwork is wittily installed in unexpected locations.

The museum recently added a new exhibit - “Eight Rooms” by Chinese artist Li Qing. The work is a re-creation of the artist’s studio and rooms, with his own paintings hanging on the walls.