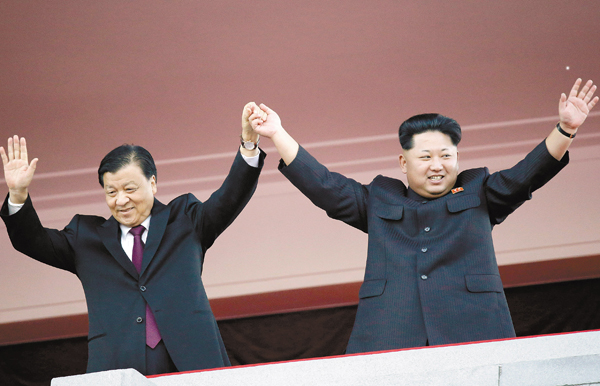 Despite the occasional debate over Korea’s leaning toward China too much, strengthened relations with China are desirable. There are more than enough reasons, but China’s constructive role is essential to resolving the nuclear issue and attaining reunification of the Korean Peninsula. And the Korean government is working hard to explain this to Beijing. Seoul has claimed China’s reduction of aid to North Korea and maintenance of a strict intolerance policy for North Korea’s nuclear programs are diplomatic accomplishments.

Did China indeed abandon its traditional North Korea policy? I had a chance to get a glimpse into China’s inner thoughts. In mid-November, the Shanghai Academy of Social Sciences and the Korean Consulate General in Shanghai hosted a forum on the Korean Peninsula. An attendee commented that the forum had more candid conversations than Beijing, where only the same, old rhetoric is repeated.

On various points, Chinese experts have different views from Koreans. They have different understandings of the six-party talks, which have been halted for a long time. Assistant President Wang Fan of China Foreign Affairs University said that too high a threshold has been set to resume the talks, and the United States is enjoying benefits by reinforcing alliances in the meantime. Bian Xiaochun, the deputy director of the International Cooperation Department of the Development Research Center of the State Council, said that neighbors need to tone down demands on North Korea. Liu Ming, executive deputy director of the International Relations Institute of the Shanghai Academy of Social Sciences, said that if the current situation continues for long, North Korea’s nuclear capacity will continue to grow and make the situation serious.

They were skeptical of reinforced pressure on North Korea, which Seoul and Washington demand. “While China strongly condemned North Korea for the second nuclear test in 2006, it proposed extensive economic cooperation and switched the policy two years later,” Liu said. He posited that Politburo Standing Committee member Liu Yunshan’s visit to North Korea means that China was ready to make concessions. “Completely severing relations with North Korea is not only very dangerous, but it also diminishes China’s influence on North Korea.” Bian proposed that the pending economic cooperation should be implemented to maintain stability in the peninsula.

Korea and China have become closer, and the range of strategic communication has certainly expanded. But the experts who can influence China’s policy-making have different opinions from the Korean government. China certainly pursues maintaining the status quo rather than unification. Korea needs to persuade China by proposing logic to overcome these differences.