Bae Sung-woo is everywhere you look these days

Bae Sung-woo is everywhere you look these days 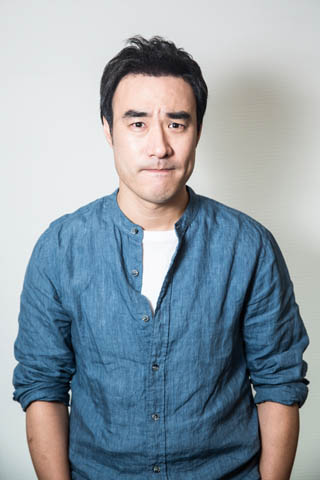 Actor Bae Sung-woo is so prolific that people say if you want to see him, just go to a theater.

In fact, he has appeared in 14 movies since last year. He almost always manages to leave a strong impression even in a supporting role.

This month alone, two of the actor’s films have been released: “Inside Man” and “You Call It Passion.”

Critics say the reason Bae is so sought-after in the Korean movie industry is his versatility. Poker-faced, he can be an unnerving villain, but with a smile, he turns into a clown. That’s probably why he was able to show such a wide spectrum of characters in recent months.

In the workplace thriller “Office,” Bae played an office worker who kills his own family and vanishes, while in the crime thriller “Veteran,” he became a clumsy secondhand car dealer. In “The Phone,” he portrayed a cold-blooded killer, and in “The Exclusive: Beat the Devil’s Tattoo,” he was a seasoned detective.

And in his latest projects in theaters now - “Inside Man” and “You Call It Passion” he’s back as a gangster and an entertainment reporter.

Hence, although the actor seems almost ubiquitous these days, people aren’t getting tired of watching him.

“I only realized that I have been in so many films after reading a news article that I came in second in the ranking of prolific actors,” Bae said.

“Since then, I got many phone calls from my friends that I buy them drinks,” the actor added, laughing.

In spite of the attention, Bae still isn’t used to the spotlight.

“It still feels a bit surreal when people recognize me on the street,” he said. “Many people seem to remember me from ‘Veteran,’ as it sold more than 10 million tickets.”

He admitted that the increased attention can be a burden. But as he gets more recognition, more roles are coming his way.

Bae says the roles he gets are usually either the villain or the clown.

He added that he’s okay with either, but he prefers a character that’s imperfect and has room for improvement. “I do prefer a role where I beat someone else, rather than a role that gets beaten,” he said jokingly.

Bae says the turning point in his career was the 2011 film “Moby Dick.” Although the film was rather underappreciated, he said it marked a big step forward for him as an actor.

As for a fellow actor he hasn’t yet worked with but wants to, Bae picked Song Kang-ho. “I met him once and told him I was a big fan,” he said. “He said we should work together. It would be such an honor.”