Import car sales forecast to rise despite ‘some issues’

Import car sales forecast to rise despite ‘some issues’ 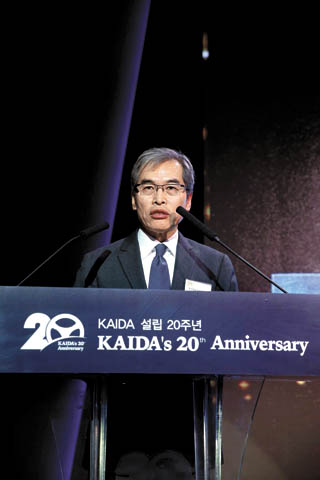 A total of 235,000 imported cars are expected to be sold in Korea this year, the Korea Importers & Distributors Association (Kaida) said on Wednesday, despite Volkswagen’s emissions rigging scandal.

Kaida’s prediction of a 19.7 percent rise from a year ago is the most sales ever.

“There are some issues among foreign brands, but we think the overall sales for imports for next year will slightly increase as well from this year,” Yoon Dae-sung, executive of Kaida, said at a press conference marking the group’s 20th anniversary.

The imported car market has grown significantly. Through October, the market share of imports was 15.8 percent in Korea, up from 1987’s 0.004 percent, thanks to popular German brands like Mercedes-Benz, BMW and Volkswagen.

In 2003, 54.3 percent of sales for imports were made by the three brands, but the figure increased to 68.7 percent through October this year.

The combined sales of SUVs and minicars also increased from 17 percent to 26 percent during the same period. Seoul residents were the biggest consumers as 46 percent of sales were made in the capital in 2003, but the city gave up that position to Gyeonggi residents in October as 27.3 percent of imports were sold in the region, followed by Seoul with 25.9 percent.

While Kaida emphasized foreign automakers were big businesses, it also stressed there were problems that importers need to solve.

Companies such as Mercedes-Benz Korea made more than 2 trillion won ($1.7 billion) in revenue per year, but several issues, including poor after-sales service, have not been resolved, which has led to strong criticism.

An owner of a Mercedes-Benz S63 AMG worth 250 million won in Gwangju smashed his car with a golf club after complaining about the company’s poor after-sales service in September.

Data collected by the Korea Consumer Agency shows a total of 562 complaints about foreign automakers’ poor customer service were reported in the past three years - 210 cases each in 2013 and last year, and 142 cases through July this year. Of the 210 in 2013, 171 cases were complaints about poor after-sales service and product quality.

Other foreign automakers, including BMW and Volkswagen, have recently come under fire for similar issues. Seven BMW cars caught on fire while in motion for unknown reasons, and VW is facing its toughest challenge over the emissions rigging scandal.