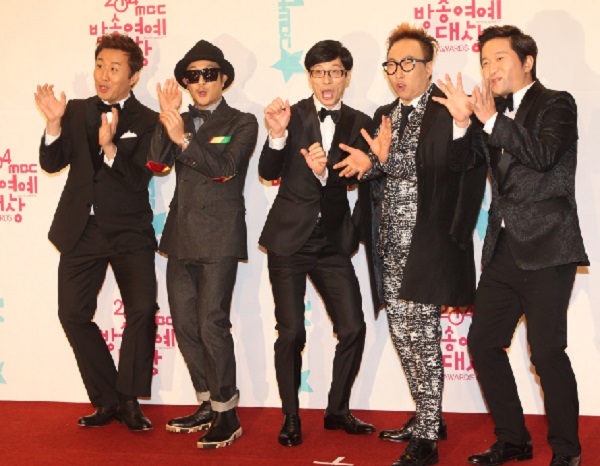 MBC said on Thursday that the expo will kick off on Dec. 19 and run through Jan. 31 at Kintex in Ilsan, Gyeonggi.

The expo was the idea of Haha and Hwang Kwang-hee, two hosts of the TV show, during a special episode in which all the regular cast members pitched their ideas for upcoming episodes.

For each week, members of the show are challenged to do different tasks. Sometimes they pair up with professional musicians and prepare for an annual song festival, and other times they participate in wrestling competitions or walk fashion show runways.

Haha and Hwang said holding an expo would be a good way to mark the 10th anniversary of the show.

MBC said various sections of the expo are designed for fans of the show, allowing them to experience past episodes of “Infinite Challenge.”

For example, people who visit the expo will be able to run a race with a subway train like the TV show hosts did on one of the episodes.

A photo exhibition that looks back on this year’s season of “Infinite Challenge” will be put on display, too.

Since the TV show is tremendously popular, MBC said people who want to visit the expo should make a reservation through Gmarket in advance.

“We want you to visit the expo at a designated time,” MBC said.

“Infinite Challenge” is one of the longest-running TV shows in Korea, first airing in May 2006, and it frequently ranks as the No. 1 favorite TV show in surveys conducted by Gallup Korea.