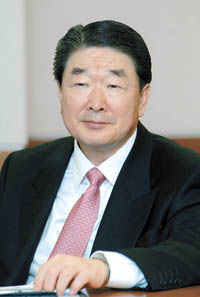 The LG Group made sweeping personnel changes in key affiliates on Thursday, marked by changes in the top brass and promotions for high-achieving executives.

The personnel shift clearly shows the direction that the tech-focused conglomerate has set for its future. Most of the people promoted within the companies have an engineering background, which could mean that LG is ramping up its efforts to secure future growth in B2B areas.

Additionally, the promotions were more based on achievements than they have been in the past. LG is known for its relatively lax working environment compared to rivals such as Samsung where the corporate culture is considered cutthroat.

LG was the first among leading conglomerates to reveal staff changes, while others, including Samsung, are expected to make announcements in the near future.

One of the major changes was Koo Bon-joon, vice chairman of LG Electronics, who is moving to head a division responsible for developing a new growth engine at LG Corp., the holding company of the conglomerate. The scion of LG’s founding family will keep his title as vice chairman.

Koo’s departure will lead to a shift of leadership at the tech powerhouse. So far, Koo has been above the heads of four business divisions. After the reshuffle, however, the division heads including Cho Jun-ho of mobile communications and Cho Seong-jin of the home appliance unit will become Chief Executive Officer, on top of the president post, while overseeing each business separately.

The group declined to specify the reasons why Lee is retiring but industry sources said that health concerns may have affected the decision.

The other new vice chairman is Han Sang-beom, currently CEO and president of LG Display.

The company said that Han generated operating profit for 14 consecutive quarters and spearheading the development and promotion of organic light-emitting diode, a next generation panel that the display manufacturer is betting big on.

Under Han’s leadership, LG Display became an unrivaled manufacturer of the OLED display, unveiling a series of big investment plans.

A total of eight high-ranking employees were promoted to president.

Hong marks the first case where an executive director has gone straight to become president without taking the executive vice president’s role.

LG Electronics said the decision is strictly merit-based instead of adhering to rules or formalities.

The incoming presidents include Son Ok-dong, vice president of the chemical unit who was in charge of basic chemical materials such as ABS and PVC.

The company said that Kim played an integral role in expanding the range of LG Chem’s batteries. It recently focused on producing different types of batteries for automobiles. The strategy is in line with LG’s broader direction to boost the automobile parts business. LG Electronics, for example, set up a business division to manufacture car components.

At LG Household & Health Care, executive director Lee Jeong-ae captured the most attention as she is set to become the first female executive vice president in the LG Group. Lee’s promotion raised the number of female executives to 15 in the conglomerate.

LG’s other affiliates, such as LG U+, LG CNS and LG International, will make the regular year-end personnel decision today.