’90s duo Turbo to reunite, this time as a trio

’90s duo Turbo to reunite, this time as a trio 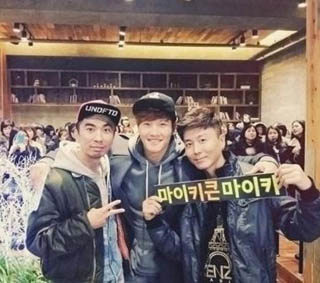 Turbo, the popular ’90s dance duo, is set to return to the music scene with another member in tow, local entertainment news agencies reported on Sunday.

“The three are working together to produce their new album and the album is likely to be released sometime in December,” an insider close to the group told Star News, a local online entertainment news agency.

Turbo debuted in 1995 and instantly soared to stardom with their upbeat dance music.

Kim Jung-nam left the group in 1997, however, and was subsequently replaced by Mickey. The group received numerous awards during its heyday.

But despite their popularity, they broke up in 2001. Members of the group later told talk shows that fraud scandals at the time had contributed to their split.

Last year, Turbo reunited for the first time during a special episode of the popular TV show “Infinite Challenge,” in which big-name artists from the ’90s took to the stage.

Since the group broke up, Kim Jong-kook has releasing a few solo albums and appeared on television in shows like “Running Man.” Kim Jung-nam and Mickey, however, stopped performing.