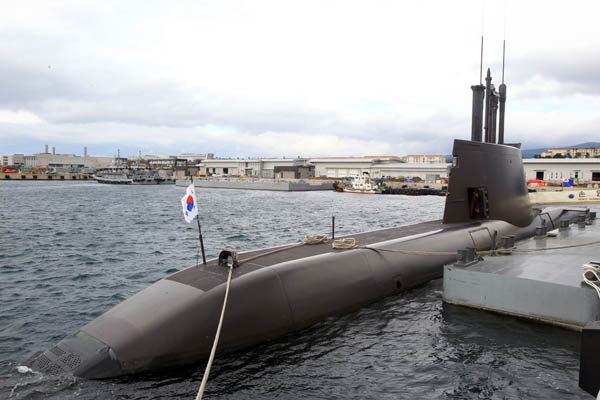 Ahoy! - Korean Navy submarine Sohn Won-il anchors Wednesday at the newly built naval base in Gangjeong-dong, Seogwipo, Jeju Island. Photos of the base were released Sunday. With 94 percent of the construction completed so far, the naval base is currently testing whether Aegis-class destroyers and submarines can moor and sail in and out of the pier. [NEWSIS]