‘Saimdang’ drama to hit the air next year

‘Saimdang’ drama to hit the air next year 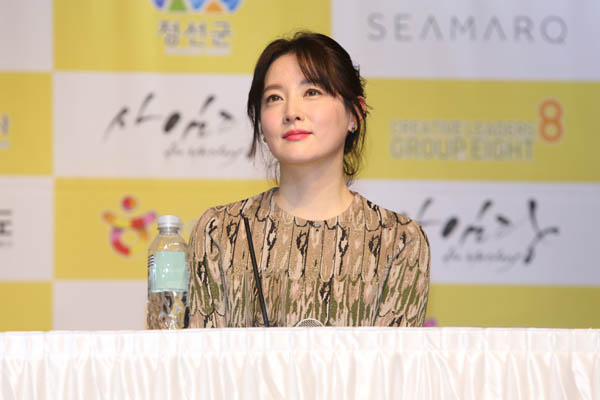 The return project of actress Lee Young-ae was unveiled Monday, as the production team of “Saimdang: The Herstory” held a press conference in Gangneung, Gangwon.

The press conference took place near Ojukheon, the birthplace of Shin Saimdang, who graces the 50,000 won bill.

She is one of the most well-known historical figures of her time and was a famed calligrapher, painter and mother of scholar Yulgok during the Joseon Dynasty (1392-1910).

The drama series jumps between the Joseon Dynasty and modern Seoul. Lee will portray Shin Saimdang as well as Seo Ji-yun, a contemporary college lecturer who teaches Korean art history.

“Many people think of [Shin] as a person who only exists on the 50,000 won note, but I want to show more sides of her through this work,” Lee said.

Lee said she tried to think of the historical figure as a working mom of the Joseon Dynasty. “I’m learning the way Shin Saimdang raised her children. I came to feel attached to this work because I’m a mother and a wife.”

She also shared her personal experience with Ojukheon. “My husband and I came here years ago, and we threw coins and prayed to have children.”

She refuted rumors about her not wanting to shoot after 9 p.m. because she’s a mom. “The rumors have been exaggerated. The production environment has changed a lot compared to 10 years ago. We hope to produce a quality drama series through preproduction.”

“I can’t say this [next project] is going to be another hit overseas, but I’m pretty sure this will win the hearts of many viewers,” Lee said. “This is a story that will make you laugh and cry. I also want to show the beauty of hanbok through this drama series.”

“Saimdang: The Herstory” began shooting in August, and it will be 100 percent pre-produced, or filmed before it starts to air, unlike other Korean dramas. The show will hit the air next year.