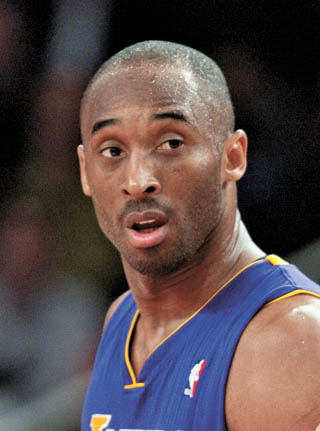 LOS ANGELES - Kobe Bryant has decided to retire after this season, ending his 20-year career with the Los Angeles Lakers.

The 37-year-old Bryant made the announcement in a post on The Players’ Tribune on Sunday, writing a poem titled “Dear Basketball.”

“My heart can take the pounding. My mind can handle the grind. But my body knows it’s time to say goodbye,” wrote Bryant, the third-leading scorer in NBA history. “And that’s OK. I’m ready to let you go. I want you to know now. So we both can savor every moment we have left together. The good and the bad. We have given each other all that we have.”

Bryant went straight from high school in suburban Philadelphia to the Lakers in 1996, and earned five championship rings and 17 All-Star selections during two decades with the franchise, the longest tenure with one team in NBA history. The top scorer in Lakers history also won two Olympic gold medals.

But Bryant’s last three seasons have ended early due to injuries, and he played in only 41 games over the previous two years. He struggled in the first 15 games of this season with mostly young teammates on a rebuilding roster, making a career-worst 32 percent of his shots.

The Lakers (2-13) hosted the Indiana Pacers on Sunday night, and fans arriving at Staples Center received a letter from Bryant in a black envelope embossed with gold.

“What you’ve done for me is far greater than anything I’ve done for you,” Bryant wrote. “I knew that each minute of each game I wore purple and gold. I honor it as I play today and for the rest of this season. My love for this city, this team and for each of you will never fade. Thank you for this incredible journey.”

In recent months, Bryant repeatedly said he didn’t know whether he would play another season, hoping for a rebound in his health and the team’s fortunes. Neither happened, and Bryant didn’t wait to decide his future.

“Kobe Bryant is one of the greatest players in the history of our game,” NBA Commissioner Adam Silver said. “Whether competing in the finals or hoisting jump shots after midnight in an empty gym, Kobe has an unconditional love for the game. I join Kobe’s millions of fans around the world in congratulating him on an outstanding NBA career and thank him for so many thrilling memories.”???

Lakers coach Byron Scott, Bryant’s teammate during the 1996-97 season, said, “He kind of shocked me when he told me. I’m just sad, more than anything. It’s always hard when greatness like Kobe decides to hang it up ... I thought he probably had at least another year, but this year isn’t over.” AP