‘Inside Men’ stays far ahead of the box office pack

‘Inside Men’ stays far ahead of the box office pack 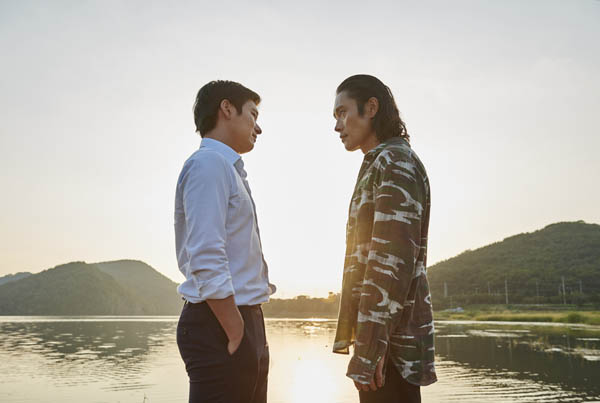 After a successful opening week, the webtoon-based political thriller “Inside Men” has kept its spot on top of the box office. The film sold 1.1 million tickets this weekend, accumulating 3.6 million tickets in total so far.

“The Priests,” an exorcism movie starring Gang Dong-won and Kim Yun-seok, also held steady in second place. But whereas “Inside Men” accounted for 55.6 percent of the box office sales, “The Priests” only accounted for 10.8 percent. The movie sold 236,992 tickets over the weekend. In total, it has made 38 billion won ($33 million) since its release on Nov. 5.

New movies released this past week did not fare as well, unable to trump their predecessors.

“You Call It Passion,” a comedy film that stars Park Bo-young as an idealistic young woman forging her path in the world of journalism and entertainment, earned 2.5 billion won during its opening weekend, landing in third place.

“The Sound of a Flower,” a historical film starring actor Ryoo Seung-ryong and Suzy, a member of the K-pop girl group Miss A, came in fourth. Despite the hype about Suzy’s breakaway from her previous roles as cute, oblivious girls, the movie attracted a meager 138,068 moviegoers.

Meanwhile, “Eternal Sunshine of the Spotless Mind,” which was originally released in Korea in 2005, welcomed 17,943 moviegoers this weekend. The film has now exceeded 400,000 moviegoers since its re-release on Nov. 5.