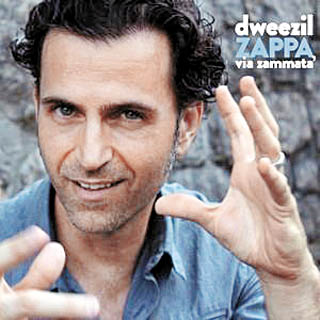 Dweezil Zappa’s new album is top-heavy with the influence of father Frank and bottom-loaded with harmony-drenched pop songs.

Dweezil has been performing Frank’s music for years, but on “Via Zammata,” the Sicilian street his family emigrated from, the paternal effect only goes so far.

The elder Zappa would have smiled at the distorted arrangements provided his cliched heavy metal lyrics on “Dragon Master,” the only co-write between father and son. On “Malkovich,” Dweezil sets up actor John Malkovich by letting him read a classic philosophical text before asking him what the heck he is talking about. Both say yes to Frank’s question of, “Does humor belong in music?”

On “Jaws of Life,” Dweezil says “you were probably smarter when you were a kid.” But “Via Zammata” proves that at 46, he has aged wisely. AP